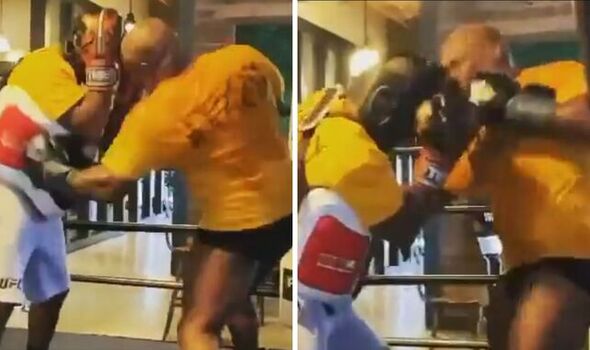 A video of Mike Tyson unleashing a series of brutal body shots during a sparring session with trainer Rafael Cordeiro has emerged online. Despite being 56 years old the former world heavyweight champion still looks extremely explosive and has impressed fans with the shape he appears to be in.

One fan wrote: “Dude is still a monster.” While another added: “Last thing to go is the power.” One supporter tweeted out a photo of Tyson prior to his astonishing six-stone weight loss and captioned it: “How is that man, at 56, after having looked like this at one point, gets back in such shape and looking like he hasn’t missed a beat. I f***ing love this new Mike Tyson man.”

‘Iron Mike’ returned to the boxing ring in 2020 to face former multi-weight world champion Roy Jones Jr in an exhibition bout. After the fight which ended in a draw, Tyson revealed that he wants to continue fighting but has not competed again since.

There have been many fights linked to Tyson during his hiatus, most prominently a contest against YouTube star Jake Paul. ‘The Baddest Man on the Planet’ revealed during an appearance on the Jimmy Kimmel show last month that he would be open to a fight against ‘The Problem Child’ but that it must happen this year. 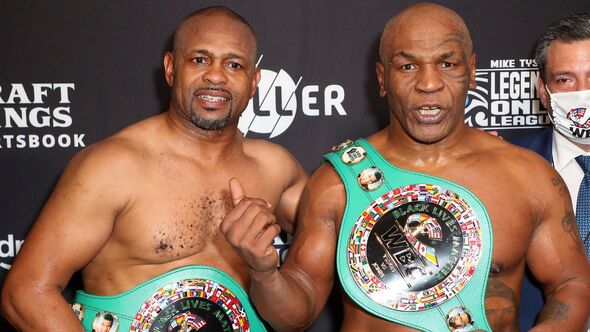 He said: “Anything is possible, but it has got to happen this year. That could be very interesting. He is skilled enough and I will give it to him because he is winning. Even if he is fighting fighters that aren’t meant to be good enough, they should still be beating him, but they can’t.

“He is beating people that he shouldn’t really be beating so you have to give him credit. He is doing good, and he is doing things that are great for boxing. This guy has seven million people following him every time he fights. 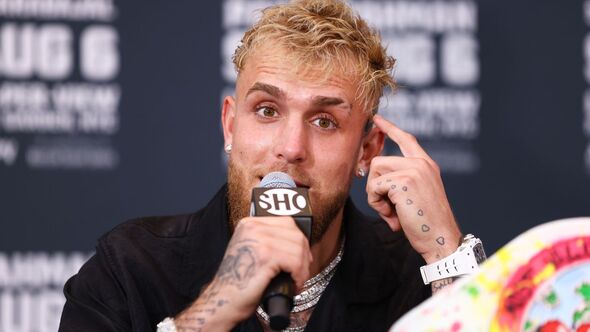 “The champions of the world don’t have that many people following him so what he is doing for boxing is sensational. No one should be hating on him; what this kid is doing they should be following him. He is helping everybody get money so why are people mad at him?”

In response, Paul tweeted a clip of Tyson’s words with the caption: “Thank you to the great Mike Tyson for the respect and opportunity. This year we are making it happen.”

For now, though, Paul is set to face Hasim Rahman Jr on August 20 at Madison Square Garden, New York City. Should the ex-Disney actor overcome his latest challenger then he could be in line to face Tyson at the back end of the year.