EXCLUSIVE: Lerone Murphy is ‘The Miracle’ that survived being shot in the FACE to become a UFC star… the undefeated Mancunian opens up on going to that ‘dark place’, his mental resilience and ex-Man United ace Ravel Morrison’s ‘love’ for MMA

No UFC fighter’s nickname provides a more accurate reflection of their journey than Lerone ‘The Miracle’ Murphy.

The Mancunian, 29, enters his Fight Island clash with Makwan Amirkhani at UFC 267 in impressive form, having failed to taste defeat in four UFC bouts to date.

Yet the undefeated featherweight’s journey could have taken a different course but for a fateful day in Fallowfield, Manchester eight years ago. 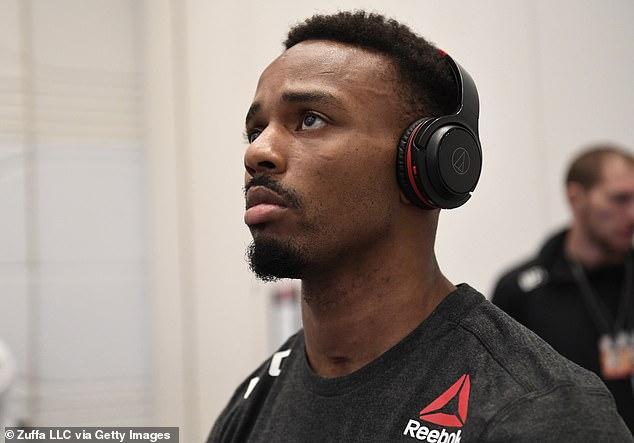 Murphy, then aged just 21, was leaving a barbershop one balmy spring afternoon when he was approached by a gunman. Bystanders heard shouts of ‘please don’t’ before the attacker fired three bullets into the youngsters face and neck.

Unbelievably, Murphy survived the attack. After one week in intensive care and a further week in hospital, he suffered very little long-lasting damage from the episode, requiring only a new set of prosthetic teeth as well as sporting a tiny shard of bullet permanently embedded in his tongue.

Speaking to Sportsmail on the eve of his upcoming UFC showing on Fight Island, The Miracle reflects that this unprovoked attack was a huge turning point in his life. 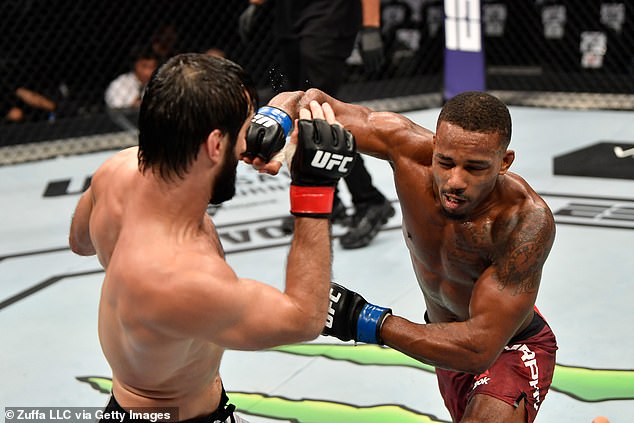 The Mancunian, 29, was shot in the face and neck three times but miraculously survived 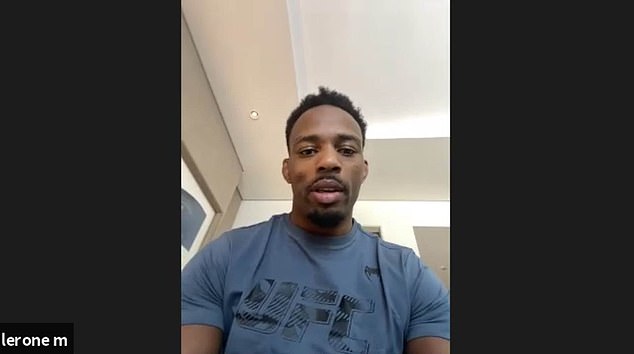 ‘I just see it as learning and growth for me,’ he says. ‘I feel like it showed me a lot about myself, it made me grow and if it didn’t happen then I might be in a different place right now. It made me more mindful and aware.’

Murphy is using his near-death experience to his advantage. The road to the UFC’s featherweight summit is long and winding, yet the undefeated Mancunian believes that his unshakable mental resilience gives him an edge over his competition.

‘Obviously you still have the nerves before fights, but I have experienced way worse than that so I feel like no fighter can send me to where I have been already, to that dark place,’ he adds.

‘It does help me in the fights, I have experienced it all, I have been to the darkest of places. I feel unstoppable, I am undefeated at the minute, I do feel like that. 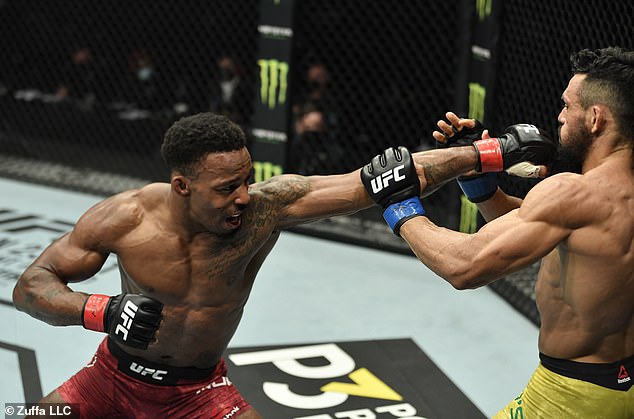 ‘I have been through it, so there is nothing that nobody can bring to me that I will be scared of. When I get in that cage I feel at home, I like to test myself and feel at home.’

The Miracle is one of a number of British stars tipped to mount a serious run at UFC gold and there is momentum building behind the 29-year-old. There is one loyal supporter, though, that has been in Murphy’s corner from day one.

‘Ravel is a good mate actually, I was just speaking to him then,’ Murphy says of his friendship with former Manchester United ace Morrison, a childhood friend.

Earlier this year, Morrison showed off his battle scars after undergoing a tough training session with Murphy before he joined Wayne Rooney’s Derby County.  The Miracle says the 28-year-old ‘loves’ MMA, but doesn’t see him entering the Octagon any time soon. 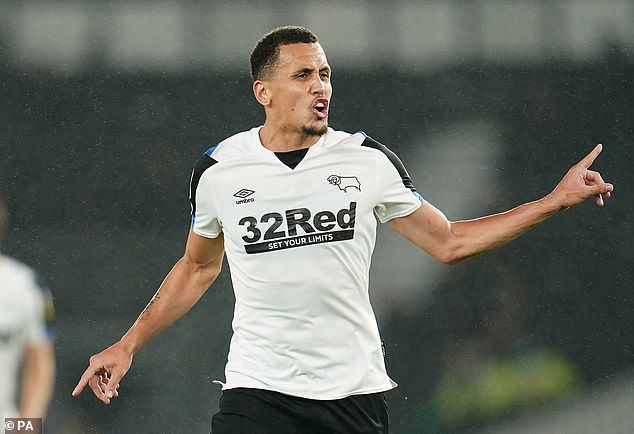 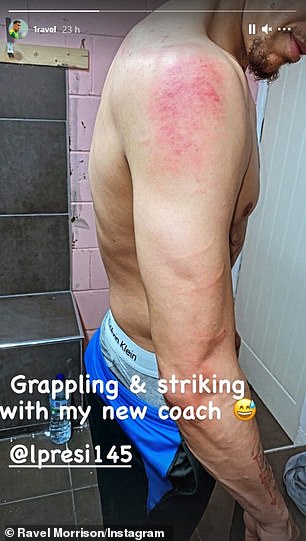 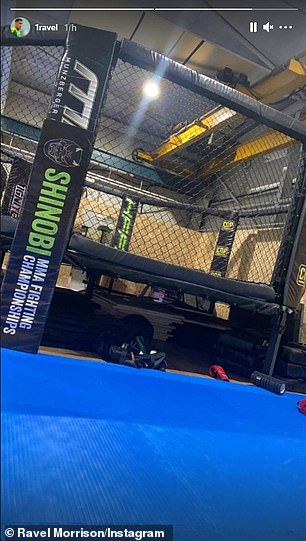 ‘He loves it [MMA] but where he is with his life, he is a footballer, which is probably the highest paid sport in the world so for him to come over to MMA would not make sense but I have been training him, I have trained him a lot.

‘I feel like fighting is a skill everyone should have a go at, it is a lifelong skill, but he enjoys it, he loves it.’

Morrison, like Murphy, encountered his own difficulties early on which hindered his chances of making it at United. Now, the UFC star says his childhood friend is in the right place mentally to reach the top. 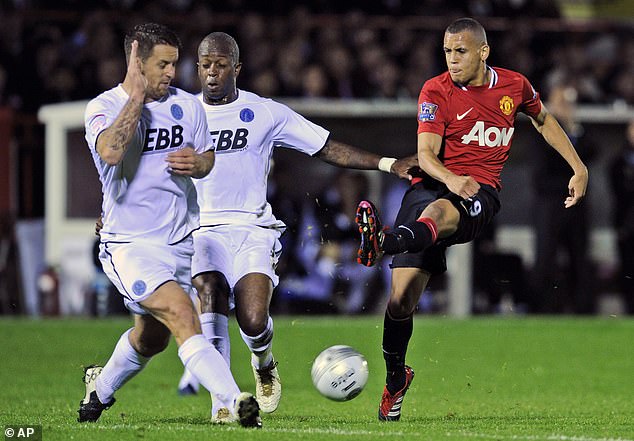 ‘I feel like he had a bad start, I feel like he got given things too early, too soon and that’s when he messed up, when he was young and immature but now his mind is where it should have been.

‘If his mind was where it is at now, when he was 21, he would be killing it, he would be one of the best players in the world. Sometimes life… you have just got to learn on the go, and he is doing that now. I feel like he will still get to a Premiership club within a year.’

For now, Murphy’s full focus is on the task at hand this Saturday night. The Englishman is the bookmakers’ favourite to come through his contest with Amirkhani, who is on a two-fight losing run, yet the 29-year-old is not overlooking his featherweight rival.

‘People are messaging me saying “he is on his way down, he has lost two” but that is not the case,’ Murphy insists. 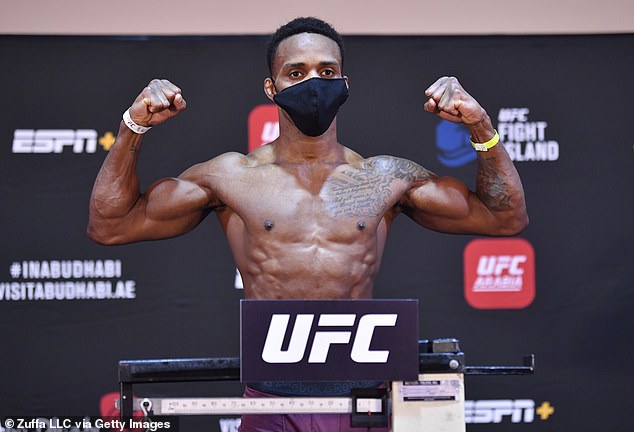 ‘I feel like as a fighter you get motivated by things like that. You see it with Molly McCann’s fight the other week. She was coming off two losses and she looked the best she has ever been. I feel like I will get the best Makwan in there.

‘He is durable, I think he has only been finished once in the UFC and he says that was due to a weight cut so I might pick him apart for three rounds or I will finish him in the first round.’

Watch Lerone Murphy in action against Makwan Amirkhani at UFC 267: BLACHOWICZ vs. TEIXEIRA on Saturday October 30, at a prime-time slot on BT Sport 2 from 5pm. UFC Fight Pass Prelims are live from 3.30pm.