Unbeaten pair George Kambosos Jr and Devin Haney fight for all the marbles as they go head-to-head in a huge undisputed lightweight clash in Australia: Everything to know ahead of the bout

The lightweight division will take centre-stage in a few hours as unified champion George Kambosos Jr puts it all on the line against WBC titleholder Devin Haney in a thrilling battle for all the marbles Down Under.

Kambosos Jr sent shockwaves around the world last year as he defeated Teofimo Lopez – who came into the bout on the back of beating Vasyl Lomachenko – to become the WBA, IBF and WBO champion.

The question of who the overnight star at 135lbs would make his first defence against was an immediate topic of conversation, with Lomachenko initially the favourite in what would have been a blockbuster bout. 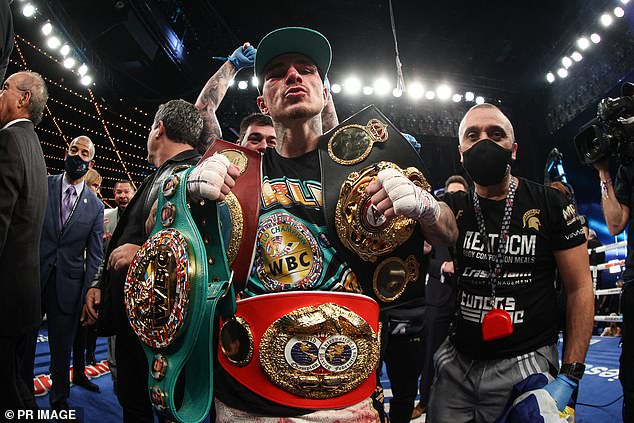 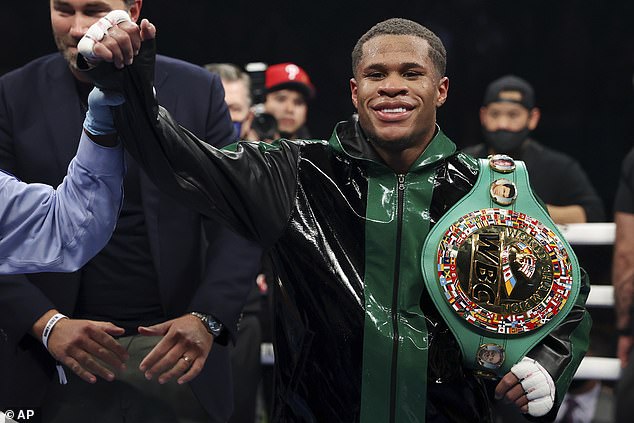 Lomachenko returned home to Ukraine and enlisted in the territorial army in a bid to help defend his people from Russian soldiers, however, with Haney instead getting a shot at undisputed glory.

The 23-year-old American is unbeaten in his 27 professional outings, last seeing off the challenge of Joseph Diaz with a one-sided unanimous decision win in December last year. He would become the youngest undisputed champion in the four-belt era with victory.

As the eagerly-anticipated spectacle edges ever closer, Sportsmail takes you through everything you need to know.

The clash between Kambosos Jr and Haney is scheduled to take place on Sunday, June 5 at the Marvel Stadium, Docklands, Melbourne.

The fight is being held in the afternoon in Australia, meaning it will be on at prime time in the United States (Saturday night).

The pair will walk to the ring in the early hours of Sunday morning, around 4am, for those in the UK.

The start time will of course depend on results beforehand, with an abundance of action also taking place on the undercard.

The fight, which will be a 12-round contest, will be broadcast live on Sky Sports Main Event and Sky Sports Arena.

You can stream the action either on the Sky Go or Now apps, available on mobile or tablet devices. 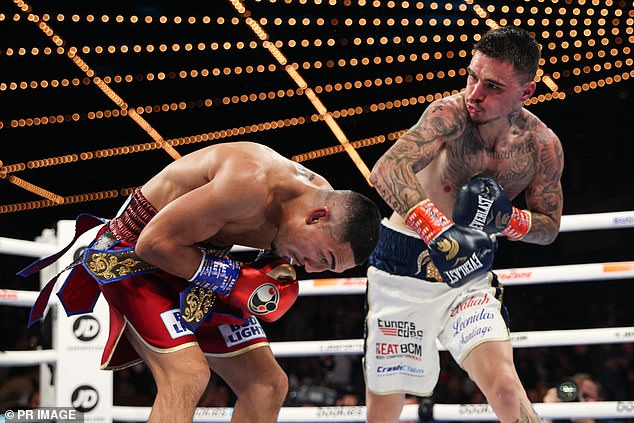 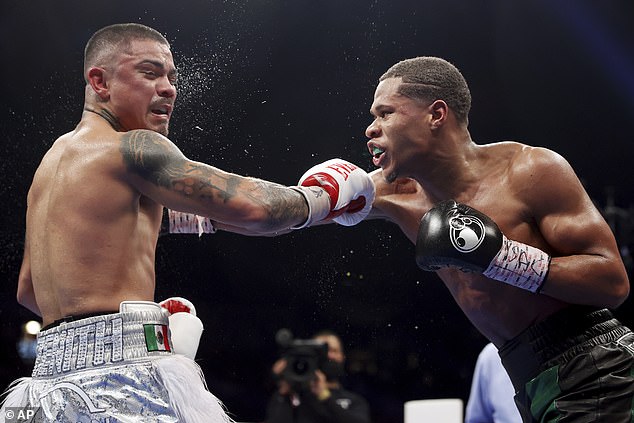 In what appeared a major blow for Haney, his father and trainer Bill Haney was blocked from travelling to Australia because of a 30-year-old drug conviction.

However, in a dramatic last-minute U-turn, Haney Sr was granted a visa and flew out to Melbourne on the eve of his son’s blockbuster fight against Kambosos Jr.

The Australian has had a fair bit to say about his rival heading into this one, in a bid to ramp up the mind games. Kambosos Jr labelled Haney a ‘rat’ for providing information about Teofimo Lopez ahead of their fight in New York.

‘This guy is an informant, this guy is a rat. I’ll tell you why, because in the Teofimo Lopez fight against a foreigner, his own countryman, he was messaging me, telling me all the details, every bit. Teo at the hookah lounge, Teo having problems with his wife.

‘So you know what? On Sunday I am going to whip your arse and you know when you get back to Las Vegas? You’ll be on the lookout for Teofimo Lopez. Because he’ll be looking for you too.’ 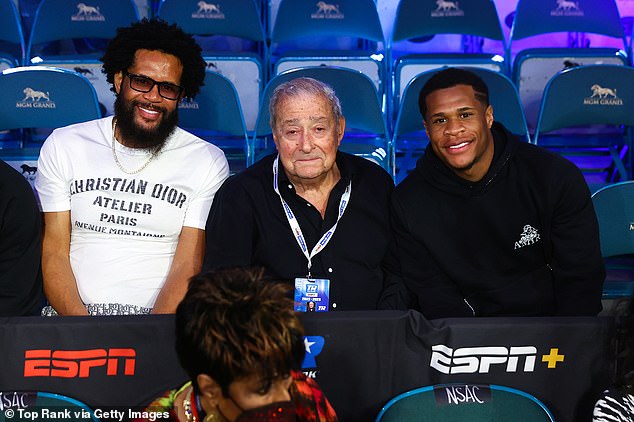 Bill Haney (L), Devin’s father, was blocked from travelling to Australia due to a previous conviction but has now been granted a visa 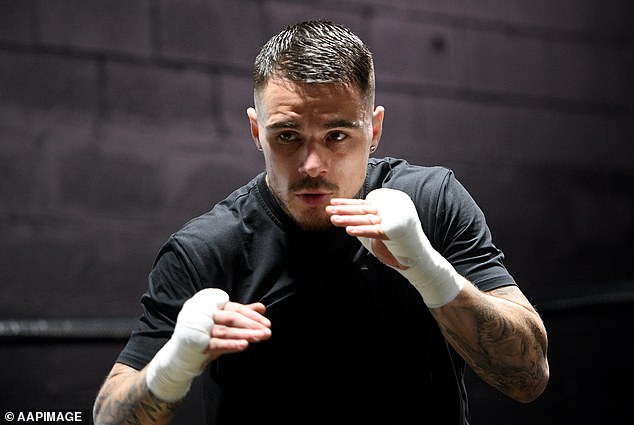 Kambosos Jr has tried to help Haney, insisting he wants to hear no excuses when he beats the American

Haney, meanwhile, is out to silence the doubters in what he believes will be his crowning moment.

‘He can pump himself up to whatever he thinks,’ Haney told Fox Sports. ‘On June 5th, I will show it. I will show everything that I am made of and walk out victorious.

‘This is finally my time to prove the doubters wrong and show my fans that I am the real deal.’

Kambosos Jr vs Haney: The odds

Despite Kambosos Jr bringing three of four belts into the fight, it’s Haney who unsurprisingly comes into the bout as the favourite.

Haney is the 4/7 favourite to get the victory, 6/1 via stoppage and EVS on points.