‘He’s not allowed to be there!’: John Fury hits out at David Haye AGAIN as he warns the ex-champion not to attend Tyson Fury’s world title defence against Dillian Whyte… or he will ‘regret it’

Haye has backed Whyte to pull off the upset against the heavily favoured Fury, leaving Tyson’s father furious at the BT Sport pundit.

He has called for Haye to stay away from the event, despite the 41-year-old being in line to commentate on the all-British showdown. 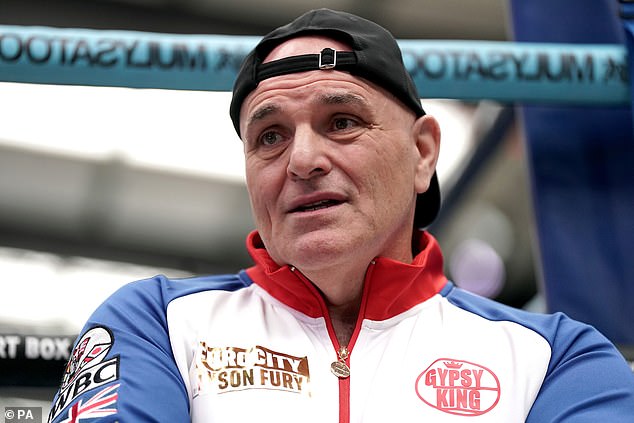 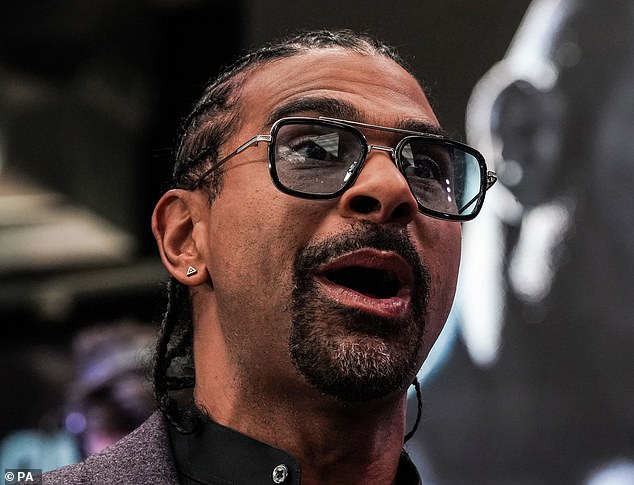 Fury Sr. is angry that Haye is backing Whyte to beat his son at Wembley Stadium on Saturday

‘He’s not allowed to be there [at Tyson Fury vs Dillian Whyte],’ Fury Sr. told IFL TV, as quoted by talkSPORT boxing reporter Michael Benson.

‘If he is, they’ll regret it. I’m gonna tell you now David, you’ve shot your mouth off once too far mate. If you’re there, have your tin hat on pal, because you’re gonna need it.’

This is not the first time that John Fury has voiced his displeasure at Haye’s predictions.

Haye also famously tipped Deontay Wilder to beat the Gypsy King in each of their three bouts, only for the Englishman to secure a draw in their opening contest before earning stoppage victories in their second and third clashes. 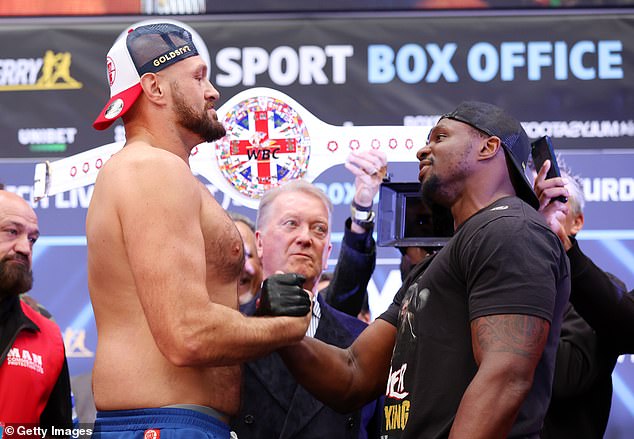 Fury and Whyte will fight for the WBC and Ring magazine belts in front of 94,000 fans

Upon hearing that Haye believed his son was going to lose against Whyte, John Fury lashed out at the ex-world champion earlier this month.

‘David Haye needs to take a back seat in the stands where nobody can see him,’ he said on talkSPORT.

‘He’s a hater, I don’t want him near my family, that’s the bottom line.

‘He would say Santa Claus to beat Tyson Fury next Saturday night. He’s a hater, always has been and he’s jealous of Tyson because he’d love to be the man Tyson is and he can’t, and jealousy consumes him.’

Tyson Fury will be looking to prove Haye wrong once again as he prepares to put his WBC and Ring magazine titles on the line, in what he insists will be his final fight before he heads into retirement.