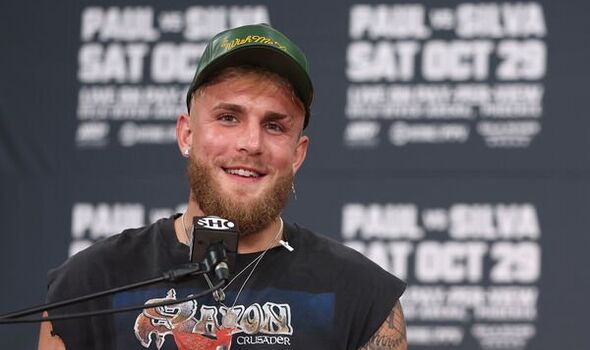 Jake Paul has once again reaffirmed his intentions to box Conor McGregor in the future, but does not believe a fight will ever materialise. The YouTuber turned boxer faces his toughest test in the ring on October 28 when he faces UFC legend Anderson Silva.

Although 47 years old, Silva has impressed in the boxing ring since leaving the UFC after defeating Tito Ortiz and former world champion Julio Cesar Chavez Jr – who had previously gone 12 rounds with Canelo Alvarez.

Silva will be the third UFC fighter who Paul has faced in the boxing ring after defeating Ben Askren and Tyron Woodley twice – the second coming by way of an emphatic knockout in Madison Square Garden, New York.

And he’s already looking ahead as he hopes to face McGregor at some point in his career. However, he does not think that will happen, stating that the Irishman will not want to step in the ring with him after witnessing his capabilities against Silva next weekend.

Speaking on the Nelk Boys podcast, Paul said: “I don’t, unfortunately. Just because I think he will see what I do to Anderson and he will say ‘why would I make this kid $100million and lose to him so he can make his name off of me.’ Who knows what that guy is doing? His career is coming to an end.”

Paul remains undefeated in boxing, and is said to be interested in fighting KSI or Tommy Fury in 2023.

A fight with McGregor is highly unlikely, with the 34-year-old under contract with the UFC and preparing for his comeback.

McGregor could face the winner of this weekend’s UFC 280 belt where Charles Oliveira will face Islam Makhachev for the lightweight title.