Eddie Hearn has revealed what was said during his first interaction with an extremely frustrated Anthony Joshua following his second loss to Oleksandr Usyk. The Watford powerhouse told Hearn to ‘leave him alone’ while the British promoter tried to calm him down in the dressing room.

After twelve rounds of entertaining action at the Jeddah Superdome Arena in Saudi Arabia, Joshua fell to a split decision defeat against his Ukrainian foe. A typically humble and gracious AJ – clearly concussed and devastated by the defeat – threw down the WBA (super) and Ring Magazine belts before making a beeline for the exit.

As he reached the tunnel, the two-time heavyweight champion stopped for a moment before returning to the ring to deliver an impassioned speech. Joshua went on to give Usyk his plaudits but was still not himself as he erratically rambled on the mic.

When he eventually made his way to the dressing room, his emotions were still running high as Hearn disclosed to The Daily Mail. 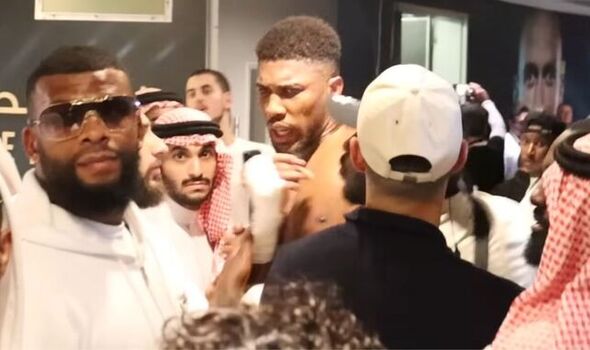 “He didn’t want a conversation, it was that sort of vibe,” he said. “We went back into the changing room, and he was extremely frustrated. I actually went over to talk to him and to everyone he was like, ‘Leave me alone’. I said, ‘No, I won’t leave you alone. I’ve got to tell you, you boxed well’. 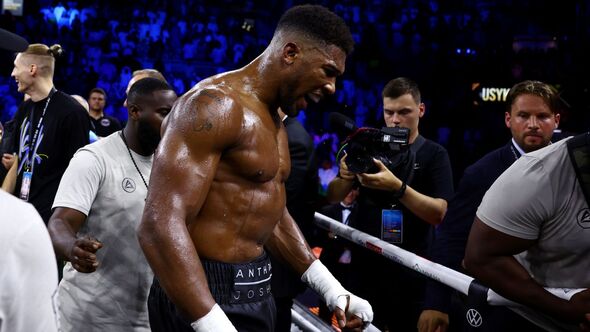 The weight of expectation on Joshua leading up to the fight was indescribable. AJ has an expectation surrounding him to always do the right thing and be a role model to the British public.

Every step he takes is cross-examined and what was seen on fight night was all that bottled-up emotion spilling out. When he eventually calmed himself down and attended his post-fight press conference, a remorseful Joshua apologised for his post-fight breakdown.

“Imagine having a fight on the street with all the emotions and the adrenaline that brings, and then all of a sudden you’ve got to go and talk to someone coherently and give your opinions, while the whole world are ready to give their opinions on what you’re saying.

“So that two hours was good for him to mellow down and clear his mind a little bit. It was complete frustration from doing all the right things, trying as hard as he could and still not being good enough to win. That was hard for him to accept.”