Paul Gallen’s boxing bout with Josh Aloiai has been cancelled after the Manly forward became the first NRL player to contract COVID-19.

The pair were meant to step into the ring as part of a huge card that included the professional debut of Harry Garside, who at the Tokyo Games became Australia’s first Olympic medallist in more than three decades. 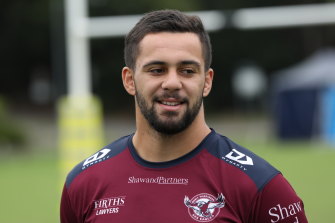 However, the event – which was scheduled to take place in Newcastle on December 10 – has been scrapped. Organisers No Limit are attempting to stage it in Sydney before Christmas, but it remains to be seen whether Gallen or Aloiai will participate.

“We’ve had to adapt to this over the past two years and the last time we had to cancel an event was between Jeff Horne and Tim Tszyu.

“Right now, we’re trying to work out how we can try to get the show back on before the year is out. We won’t know those details until early next week. We’ll work out what we can do in the coming days.”

Included on the extended card was another footy fight, between Chris Heighington and Joey Leilua.

“We still want this to go ahead with a postponement of some sort before Christmas,” Rose said.