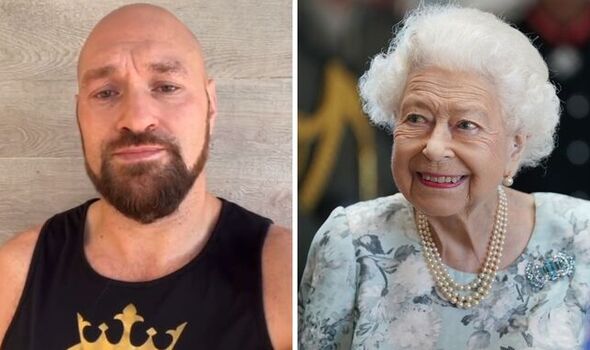 Tyson Fury has broken his 10-day social media hiatus to deliver an emotional message ahead of Queen Elizabeth II’s state funeral later today. The Gypsy King confirmed that he has been off social media to mourn her death and sent his condolences to the Royal Family.

In a video posted to Twitter, he said: “Hey guys, Queen’s funeral today. I’ve been off social media for the past ten days, mourning in respect for our Queen who has died.

“Not posted nothing, not been interested in anything else to be fair. I hope all the funeral goes well. Condolences to the full family and may she rest in heaven for eternity. In the mighty name of Jesus, Amen.”

Fury and his wife Paris recently visited Buckingham Palace to pay tribute to the Queen after her passing on September 8 at Balmoral Castle. The couple left flowers and a card at the Palace gates, reading: “To our Queen, Great may your bed be in Heaven. Love from Tyson and Paris xx Gypsy King x.”

Fury is expected to face Anthony Joshua next on December 3 at the Principality Stadium in Cardiff, Wales with both parties agreeing upon personal terms. Negotiations had been put on hold following the Queen’s passing but have since been resumed with Joshua and promoter Eddie Hearn recently receiving the final documents.

Fury will receive the lion’s share of the purse at a 60/40 split with a rematch clause being signed into the contract.

Oleksandr Usyk was originally in discussions to square off against Fury next in the first undisputed heavyweight unification clash of the four-belt era. However, with the Ukrainian out until 2023 nursing injuries from his last fight against AJ, Joshua was offered a shot at Fury’s WBC title instead.

The final hurdle to overcome is the television deal. Negotiations are currently ongoing between Frank Warren’s son, George, and Eddie Hearn to stage a joint DAZN/BT Sport PPV to appease both promoters’ broadcast partners.