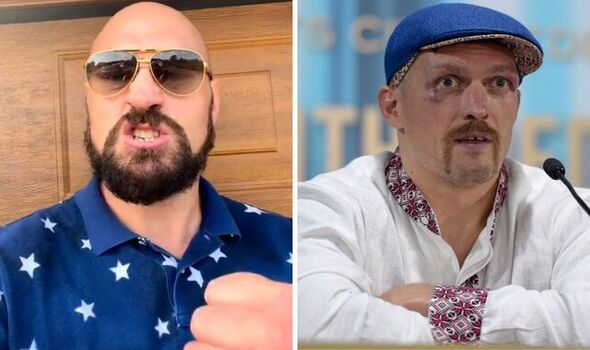 Tyson Fury has unloaded on Oleksandr Usyk for his recent comments about ‘reclaiming the WBC belt from the Gypsies’ as talk of their proposed contest hots up.

Usyk told Michael Benson of talkSPORT: “I want the WBC title. It was captured by the gypsies, some kind of king. We don’t know what Tyson has in his head. Everyone knows that this is a very crazy guy. I would really like this fight to happen next year.”

“You say you wanted to fight me after you beat the bodybuilder, called me out on television. Now, you’re being a little b**** p***** boy, running, hiding, saying you’ve got injuries. You ain’t got no injuries. You had a sparring contest. Get out and fight in December you let your mouth go, now let’s see if you can back it up middleweight.

“Doesn’t matter if its December, or April, or August next year the outcome will be the same, I will obliterate you. I’m a 7 foot 20 stone behemoth and I will destroy you middleweight. Find your balls, come see me. B*****.”

Fury is referring to Usyk recently affirming that he will be unable to make the initially rumoured date of December 17 due to injuries sustained in his fight against Anthony Joshua last month. This date has also been talked down by Fury’s US promoter Bob Arum who gave a more realistic target of February 11 or February 18 to allow for more time to promote the contest.

Hearn sets date for blockbuster rematch between Joshua and Whyte 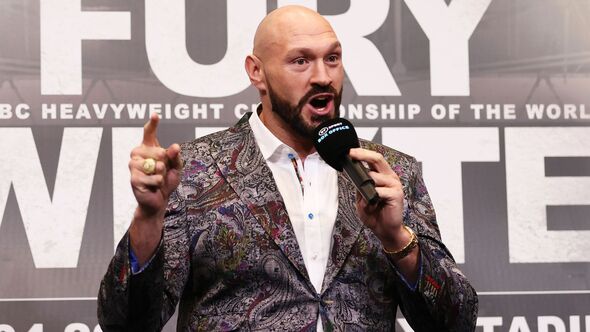 The American also added that among the possible locations to stage the event are Saudi Arabia, Qatar, the United Arab Emirates (Abu Dhabi), and the United States (Las Vegas) with the middle eastern country being the most likely.

If a fight is not made, Usyk recently hinted at a potential trilogy fight with Joshua.