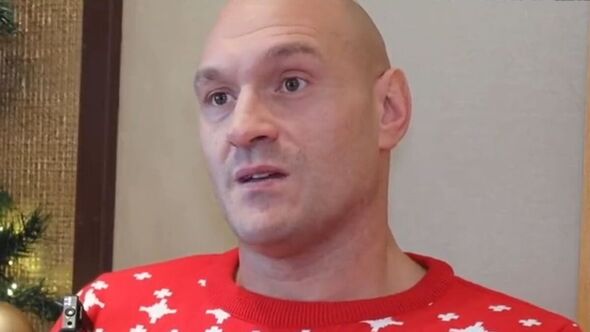 Tyson Fury has admitted that he is a very ‘emotional person’ and can regularly be seen curled up watching a film in floods of tears. The Gypsy King says that tear-jerking classics Marley and Me and the Notebook made him cry and isn’t ashamed of his sensitive side.

When asked if he would describe himself as an ‘emotional person’, Fury replied: “Very. Soft as s****. I can cry like that. Bang! Show any emotion and I’m in tears. I cried over Marley and me, Ben Stiller and the Labrador that died. I was in tears.

“I cry over the Notebook, I cry over all these girly little movies, I’m a crier. I’m not this big tough hard man that shows no emotion with a big bald head, a big weightlifter like I might appear. But I am a crier, I will cry in two seconds, not a problem, I’m soft-hearted.”

Fury harnesses those emotions every time he steps into the squared circle and is known for his calmness under pressure. Over the course of a stellar career, he has pilled up an excellent 33-0-1 record and has held all four major sanctioning body belts at one point during his 14-year stint in the paid ranks.

But now he is hoping to go one step further by capturing and retaining the WBA (super), IBF, WBO, and WBC titles at the same time as he takes on Oleksandr Usyk in the first undisputed heavyweight unification clash of the four-belt era.

Both men have agreed to the fight, and it is understood that all parties involved are on board. The contest is being targeted for a date between February 18 and March 4 with the Middle East being the most likely location for the historic encounter.

According to Fury’s US promoter Bob Arum, they are in talks with three Middle Eastern countries about the possibility of playing host to the fight. Meanwhile, Wembley Stadium in London and Cardiff’s Principality Stadium are being touted as potential backup venues if the contest can’t be made overseas.