EXCLUSIVE: Frazer Clarke insists professional boxing isn’t all ‘sunshine and rainbows’ ahead of his fourth outing against Kamil Sokolowski – as the British heavyweight admits he suffers aching muscles, loneliness and tough weeks while in training camps

Frazer Clarke transitioned into professional boxing in December of last year after claiming a bronze medal at the Tokyo Olympic Games. However, he says it’s not all ‘sunshine and rainbows like people think’ in the big leagues.

Clarke – who will take on Kamil Sokolowski in his fourth pro fight this evening – says training camps can be lonely and that balancing fatherhood and boxing is a difficult task.

The 31-year-old says there is a stark difference between training for a fight on the amateur scene and preparing for a professional heavyweight bout. He says his muscles ‘ache’ like never before and that he’s experienced some ‘tough weeks’. 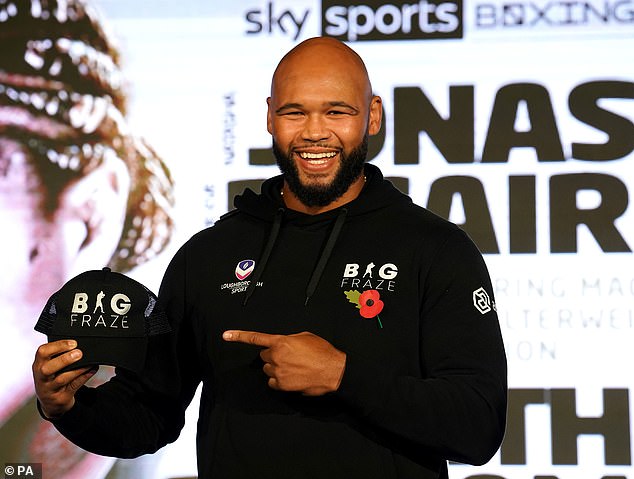 Speaking exclusively to Sportsmail, Clarke said: ‘One thing I have learnt about pro training camps is that it’s not all sunshine and rainbows like everyone thinks it is.

‘There are ups and downs in every camp. I have had great weeks and I have had some weeks that have been really difficult. But the main thing is, I’ve gotten through it.

‘In this camp I have definitely focused on myself a lot more and I have improved myself. I have proven myself and my knowledge. 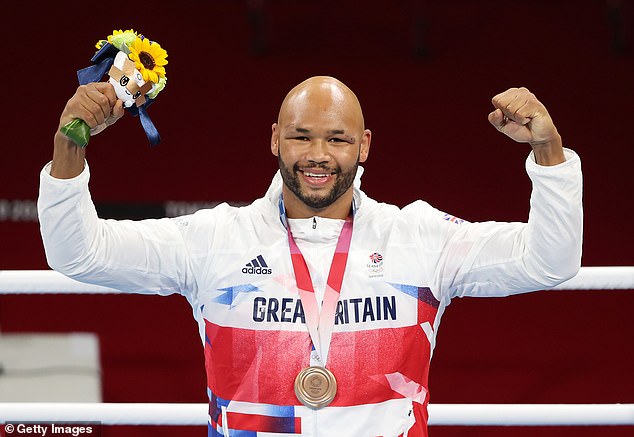 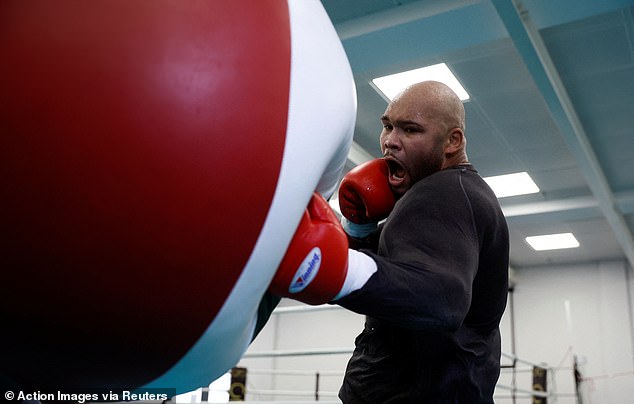 ‘Then there is everything else that goes along with. Even the tough days and the aching muscles, the lonely times in camp and the tough weeks.

‘I’ve even had hard weekends when I am trying to play with the kids but I don’t have the energy. It’s been another experience.

‘But, those experiences are ultimately making me better as a fighter.’

Clarke decided to turn pro after landing his bronze out in Tokyo. His performances since have been seamless.

His first three fights have failed to go beyond the second round, with the referee mercifully jumping in on every occasion to save his opponent.

And Clarke has made it clear that, if the chance presents itself, he has no issues in bringing the contest with Sokolowski to an early end. 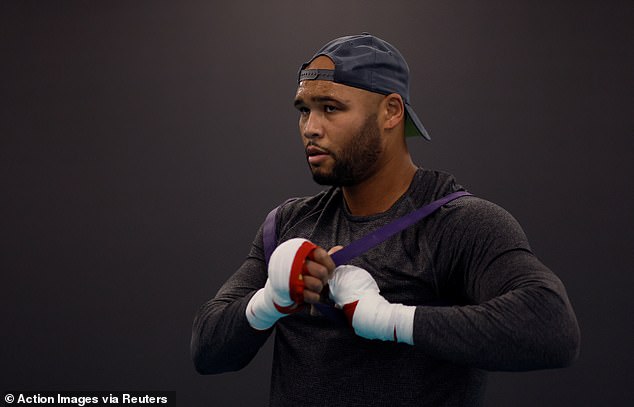 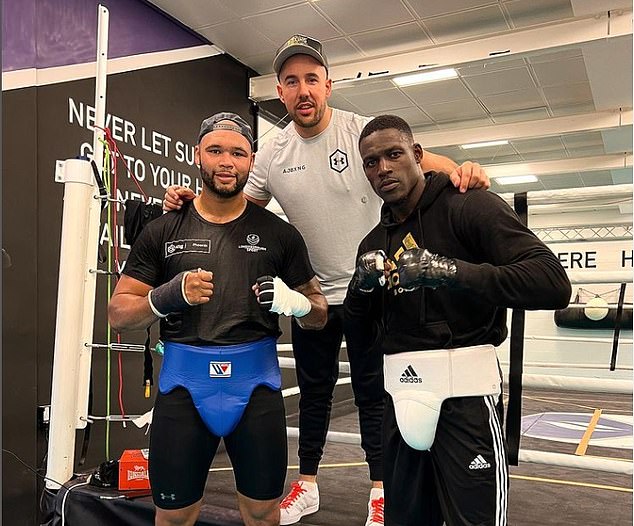 He said: ‘I never pushed for the KO win in any of those fights. It’s just my natural way of fighting. If the KO comes it comes.

‘If not, it will be valuable experience getting the rounds in. Yeah I feel sharp, fit and heavy handed so if that’s enough to take me to the KO then so be it.’

Clarke went on to discuss the heavyweight scene as whole, saying he ‘relishes the challenges’ associated with such an ‘exciting’ division.

However, he did admit it is a ‘difficult division to be in as there are a lot of top fighters’ competing for the belts.

‘It’s a difficult division to be in as there are a lot of top fighters in there. I am someone who relishes challenges and competition. I feel like it brings the best out of every fighter. 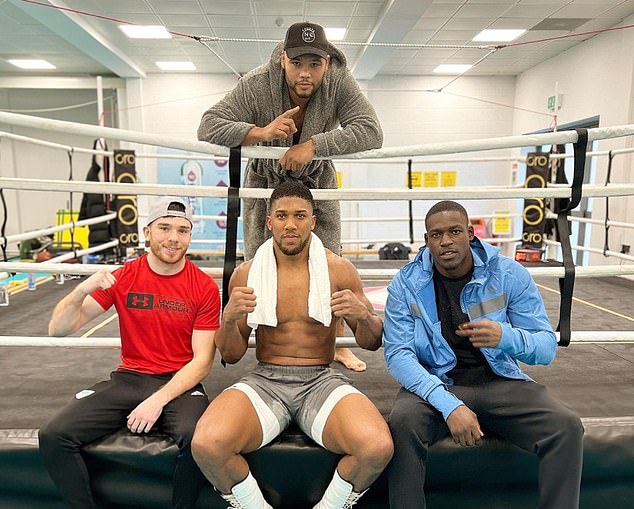 ‘For my future, to progress and be unbeaten is a big thing. Then, when we are ready to step up to title level we will get there.

‘You have to be willing to leave a little bit of that at the door and learn new skills. You also have to adapt to boxing longer rounds with very, very tough fighters.’

When asked what he meant by improving as a person, Clarke said: ‘I wake up and look at the news. I read the paper most days and at the minute there’s not a lot to smile about. 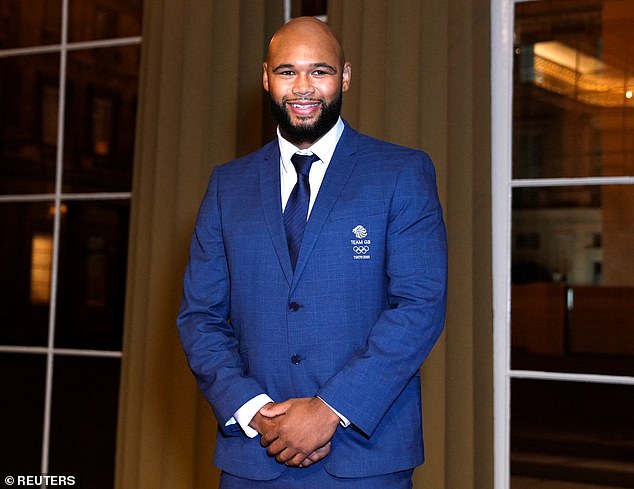 Clarke ‘relishes the challenges’ associated with such an ‘exciting’ heavyweight division

‘The price of living is going up, there is a lot of mental health issues. Suicides are going up. I know I can’t change the world but if I can make it a little bit of a happier place through boxing and through sport, I don’t see why I wouldn’t with the platform I have got on Sky Sports.

‘I think I am able to do that. I think I can bring a little bit of joy to people. It’s not changing the world and I’m not trying to do that but I am trying to make myself a better person and make everyone else’s lives a little bit better.

‘Even if I can do that one percent to one person it’s a massive plus.’