EXCLUSIVE: Ricky Hatton’s son Campbell insists he was ‘well behind’ his decision to return to boxing for an exhibition against Marco Antonio Barrera… as he opens up on their ‘entertaining’ spars in the gym and the mental benefits of his comeback

Campbell Hatton is too young to remember dad Ricky’s glory years and the poignant manner in which they drew to a close, but this weekend he will have a front-row seat when the 44-year-old laces up the gloves once more after a decade out of the ring.

On Saturday night Ricky Hatton returns to boxing for a charity exhibition with fellow fight legend Marco Antonio Barrera, 48, in what promises to be an emotional evening at Manchester’s AO Arena.

The former two-weight world champion, who generated unparalleled popularity on these shores during his glittering 15-year career, bowed out from professional boxing after a homecoming defeat against Vyacheslav Senchenko in November 2012. Now, 10 years later, the Hitman is back. 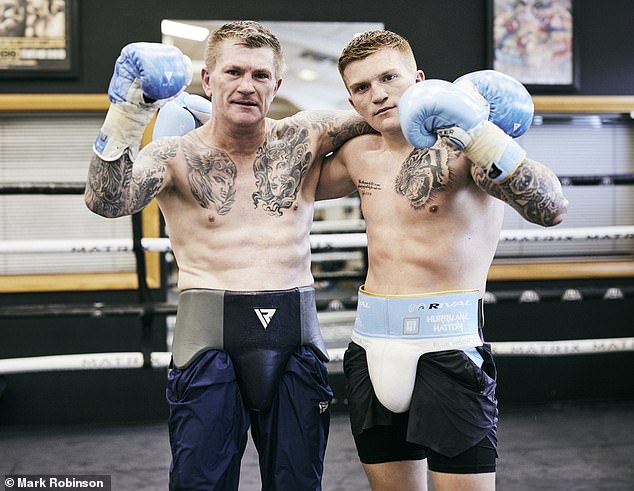 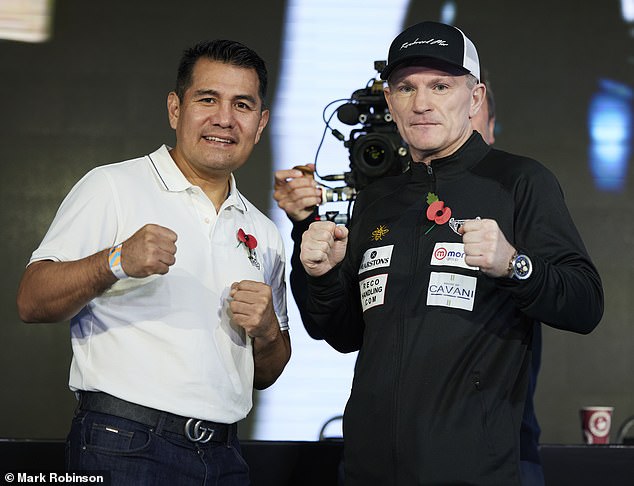 Though while he now gets to properly experience one of his father’s shows, albeit a far less competitive one, how does Campbell feel about Ricky returning?

‘When I spoke to him about it he told me how it’s gonna be carried out,’ the 21-year-old told Sportsmail. ‘Obviously it’s not a proper professional comeback, it’s an exhibition with Barrera and everything’s being done fairly.

‘We saw the one with [Evander] Holyfield [against Vitor Belfort] and mismatches like that are where it’s wrong, but this is a really fair matchup and my dad’s in great shape now. Marco looks to be in a similar place and he’s looking really well.

‘It’s all being done correctly and it’s going to a good cause – so I was well behind it. And seeing the benefits it’s had on my dad, not just physically but where he is mentally, he’s in a really good place, he’s got that motivation and he’s living really well, it can’t be anything but a good thing for him.’

No British fighter has acquired the kind of loyal, visceral fanbase which followed Hatton across the globe in their thousands since he hung up the gloves 10 years ago. The die-hard Manchester City fan’s dedicated support took Las Vegas by storm on his various trips to Sin City in the late 2000s, particularly for a memorable encounter with Floyd Mayweather Jr. 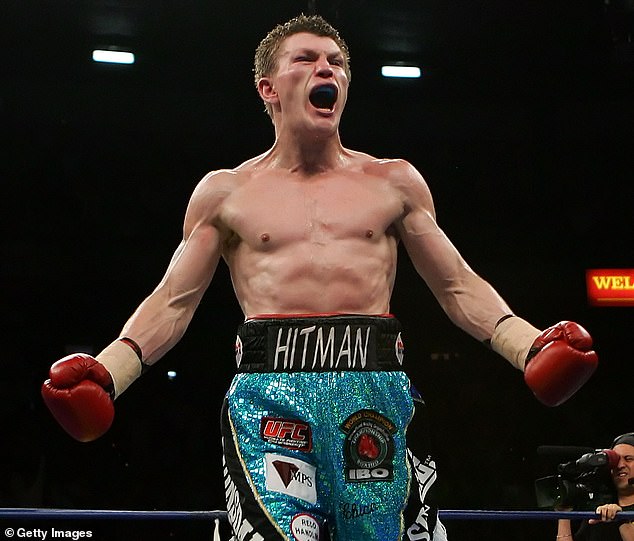 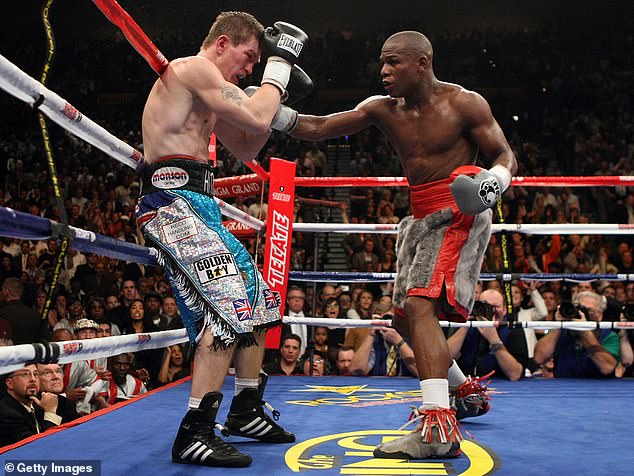 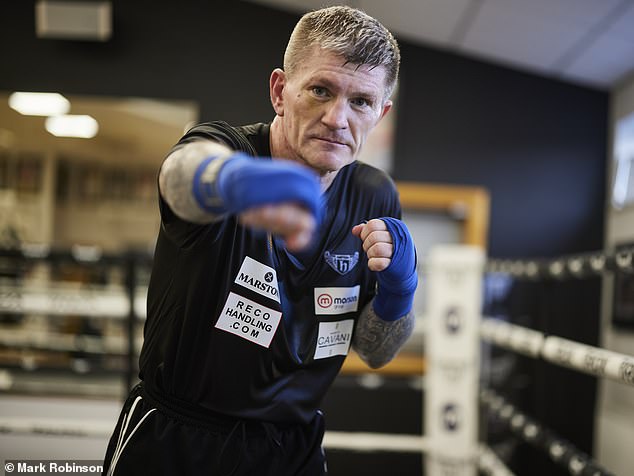 Hatton was not merely a ticket seller, however. He could certainly fight.

Up until Mayweather inflicted his first defeat in 2007 he had racked up a record of 43-0 while claiming world titles at light-welterweight and welterweight. Most had him in their top ten pound-for-pound lists at that time.

And while now he may lack the athletic qualities which took him to the top all those years ago, Hatton’s son has been impressed by what he’s seen in the gym ahead of Saturday’s return – especially after locking horns in a father-and-son sparring session.

‘When you watch him on the pads he’s looking really sharp and he’s looking great on the bag, but actually being in the ring and trading punches is a different ball game,’ Campbell continues.

‘I was really impressed by just how good his engine was when we sparred, even after all this time out. I knew he’d be sharp seeing how much training he’s been doing, and you never lose that boxing brain, when you box at such a good level it’s always in there, but we had a good six by three [minute round] spar and he didn’t stop coming in that.

‘So it just gives me a lot of confidence that he’s gonna do well this weekend.’

Yet the million-dollar question is, who got the better of those spars? 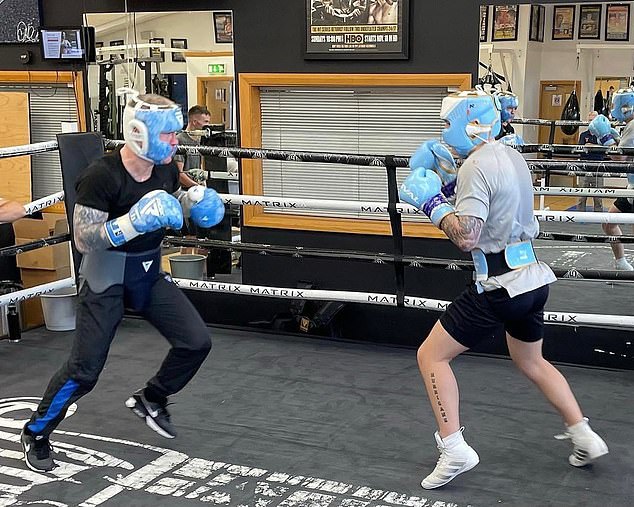 The 44-year-old has been sparring with son Campbell, 21, in the lead-up to his boxing return 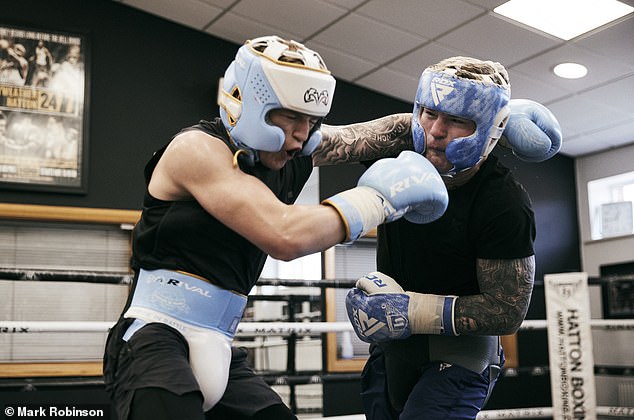 He laughs: ‘It was a back-and-forth one to be honest! I was giving him a good few then he gave me a few back. We had some entertaining rounds.’

Nine chapters into his own professional story, Campbell is skilled enough and, more importantly, young enough to mix it in the ring with his legendary dad.

The lightweight prospect speaks to Sportsmail fresh off the back of his latest victory over Denis Bartos in Abu Dhabi last Saturday, which proved the most satisfying yet after destroying the Czech fighter inside a round with his first highlight-reel knockout.

‘I’ve not put my phone down, I’ve been watching it constantly! I’m absolutely buzzing with it,’ he admits.

‘I spoke to the guys at Matchroom and they said it’s done a million views on TikTok, but I think I was probably about 500,000 of those.

‘That was one thing we were talking about going into it me and Matthew [Hatton]. We’d pulled a couple of stoppages out but because I was too focused on volume and numbers of punches instead of picking a bit more quality, I wasn’t really showing the power that we know I’m capable of. I’d been lacking the quality of shot. 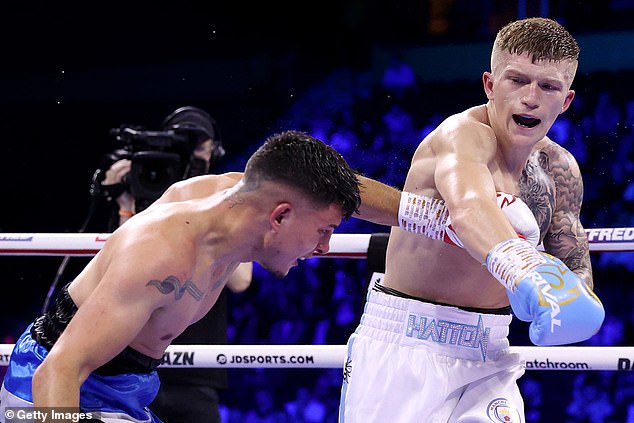 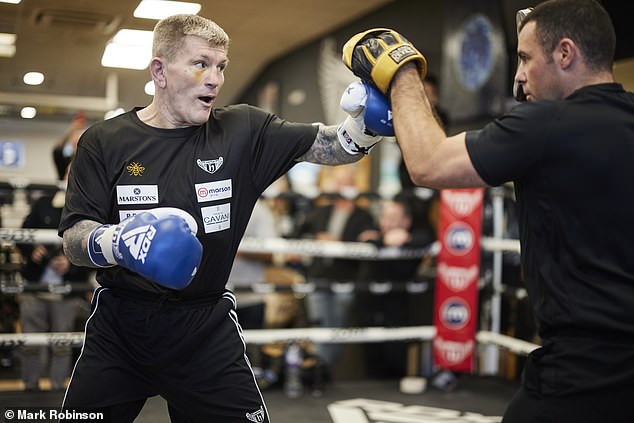 However, this weekend all eyes are on his legendary dad as he prepares for his comeback

‘Whereas this time, I sat down on my shot and picked a nice one, and I’ve shown that the power is there but I’ve just been neglecting it – which is my own fault really. But yeah, I was buzzing with that.’

Campbell has only just set off on what he hopes is a slow ascent to the very same heights his father reached not so long ago. But for now, all eyes are on the returning hero.

‘I’m really excited for it because the first time around I was too young to take any of it in,’ he insists. ‘Any knowledge of my dad’s career is what I’ve looked back on since.

‘From my own interest in boxing I’ve been going back ad watching the fights for my own research really. So it’s all pretty new to me and I’m really excited now.’