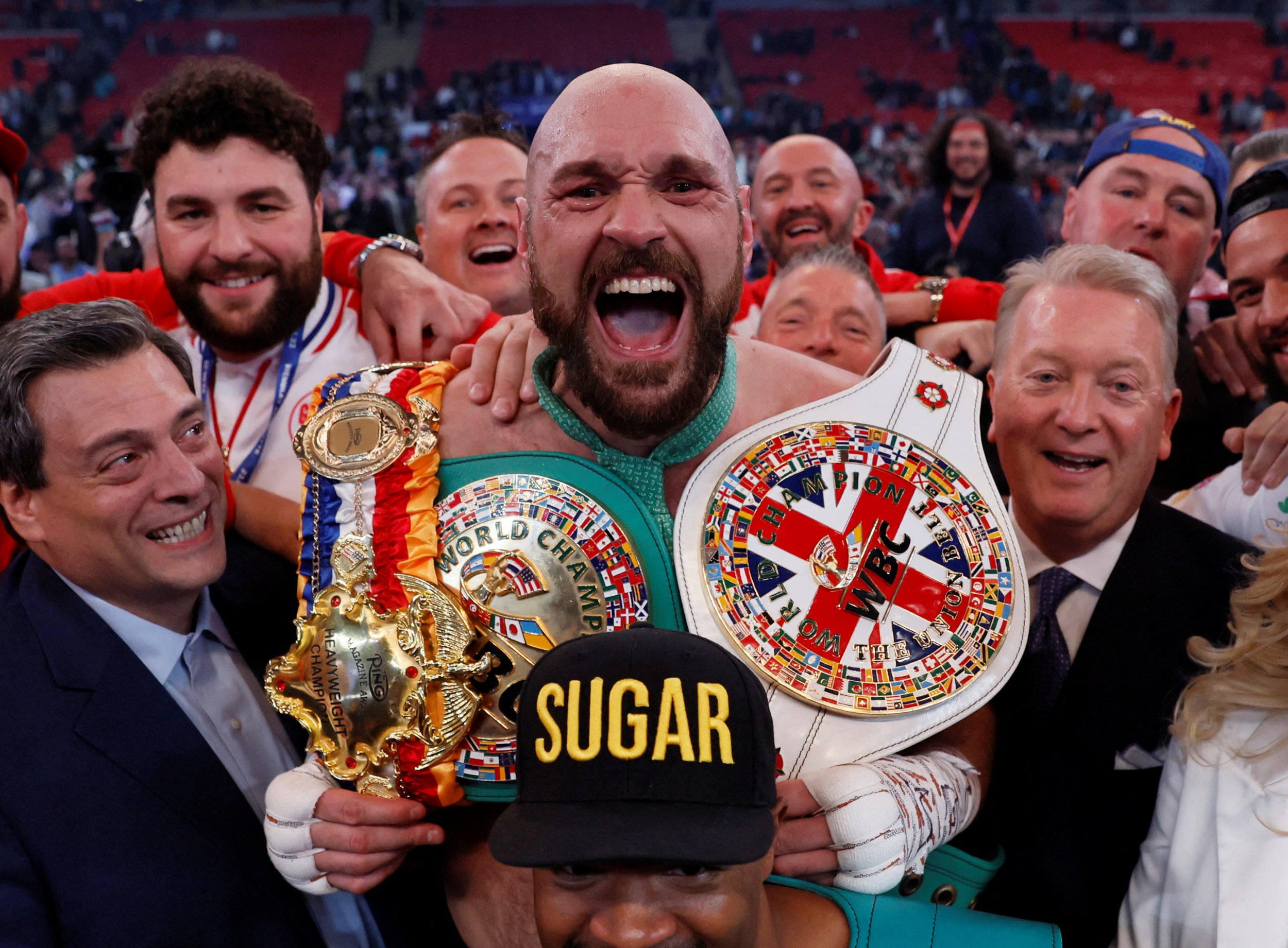 Eddie Hearn believes Tyson Fury cannot be considered one of the greatest heavyweights of all time until he beats Anthony Joshua and Oleksandr Usyk.

Fury extended his unbeaten record with a dominant performance against Dillian Whyte at Wembley on Saturday evening as he secured a sixth-round KO victory.

The Gypsy King is adamant that he will now retire from boxing and insists he is not interested in fighting either Joshua or Usyk, who are due to face each other once again in July.

But Hearn believes Fury will continue to fight and feels the 33-year-old record, which includes wins over Deontay Wilder, Wladimir Klitschko and Whyte, means that he cannot be considered as one of the greatest heavyweights such as Muhammad Ali, Joe Frazier and Lennox Lewis.

‘The biggest fights for Tyson Fury haven’t happened yet.

‘He’s the best heavyweight on the planet right now, I’ll give him that, but when we talk about generational greatness? Yes, for this exact generation, but please… with victories over Wilder, Klitschko and Whyte, don’t talk about him in the same breath as Ali, Frazier and Lennox Lewis.

‘If he beat AJ and Usyk, I’d give him all the respect and be up there, but the jury is out on Deontay Wilder. His best win was Luis Ortiz; we don’t know the reality or the truth [of the debate].

‘There is no argument Fury is No 1… well actually there could be an argument between Fury and Usyk, but with that resume, don’t call him a generational great.

‘He may be the greatest of all time, I don’t think so, but he has got to prove it in your resume – not beating one guy [Wilder] three times.

‘I give Fury the credit and respect of knocking people out. I said he wasn’t a one-punch knockout artist, I still don’t think he is compared to some of the other bigger-hitting guys. He’s proving me wrong.

‘I didn’t rate him before Klitschko, I thought he had no chance; he won nearly every round. I didn’t think he had a chance in Wilder 1, he won that fight, and I didn’t think he’d knock Whyte out, and he did. So, respect to the man.’