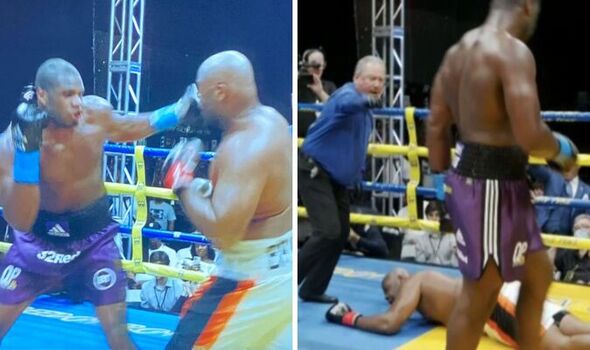 Daniel Dubois left Trevor Bryan face down on the canvas with a jaw-dropping left hook to become the WBA interim heavyweight world champion. This was a total mismatch from the sound of the opening bell and DDD showed exactly why he’s one of the most fearsome punchers in boxing’s blue-ribbon division as he left the American shaking on the deck.

It was a peach of a shot that spelled the end of the contest as Dubois timed his shot to perfection to decimate his opponent, who did not know what had hit him.

Despite being the challenger, Dubois was the dictator of this fight from the get-go. His jab was sharp and he was aggressive in his approach.

Bryan was slow out of the blocks and his footwork was sluggish – despite firing back in the second round.

DDD cranked up the tempo in the third, unloading a flurry of left and right hooks that found the target as Bryan began to weather an early storm.

But Dubois finally found the money shot in the fourth round, when Bryan walked right onto a thunderous left-hook that closed the show in style.