Former fast bowling sensation Mitchell Johnson will be way out of his depth when he pulls on the gloves against a huge UFC veteran with 18 knockouts to his name on Saturday – but he’s doing it to help fight a disease that has struck down his daughter.

The Test quick is stepping into the ring with Soa Palelei, who’s aptly nicknamed ‘The Hulk’ after starring in the UFC and the anything-goes Pride mixed martial arts competition by using his 193cm, 120kg frame to devastating effect.

They’ve spent weeks training together before their clash at the Corporate Boxing Event on the Great Lawn at Perth’s Crown Casino, with some of the proceeds going to a charity that’s very close to Johnson’s heart: the Coeliac Research Group at the Walter and Eliza Hall Institute of Medical Research. 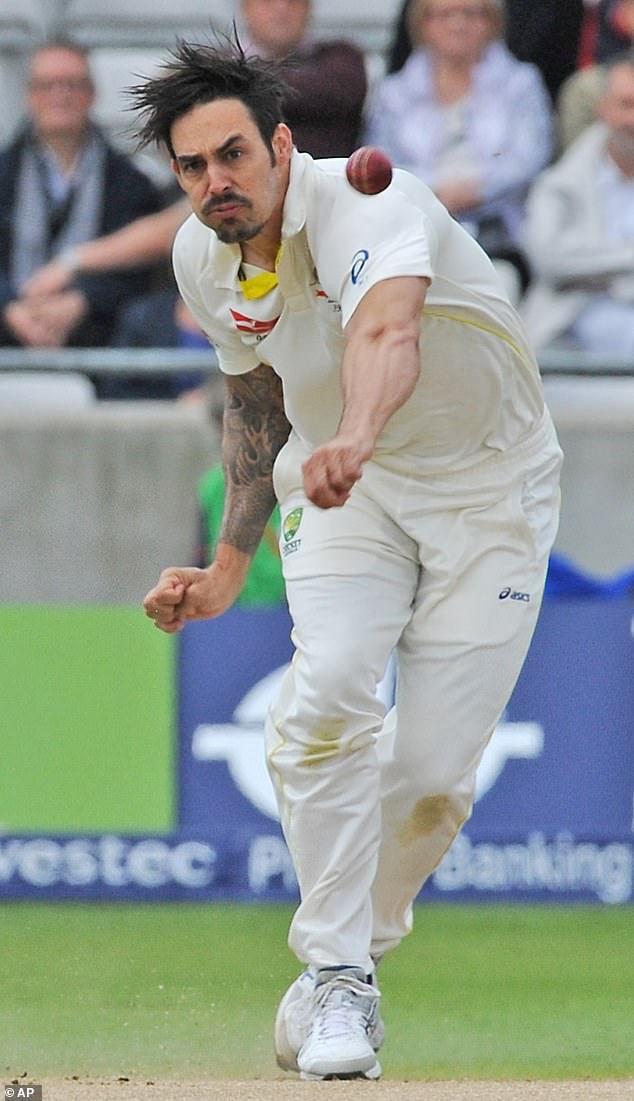 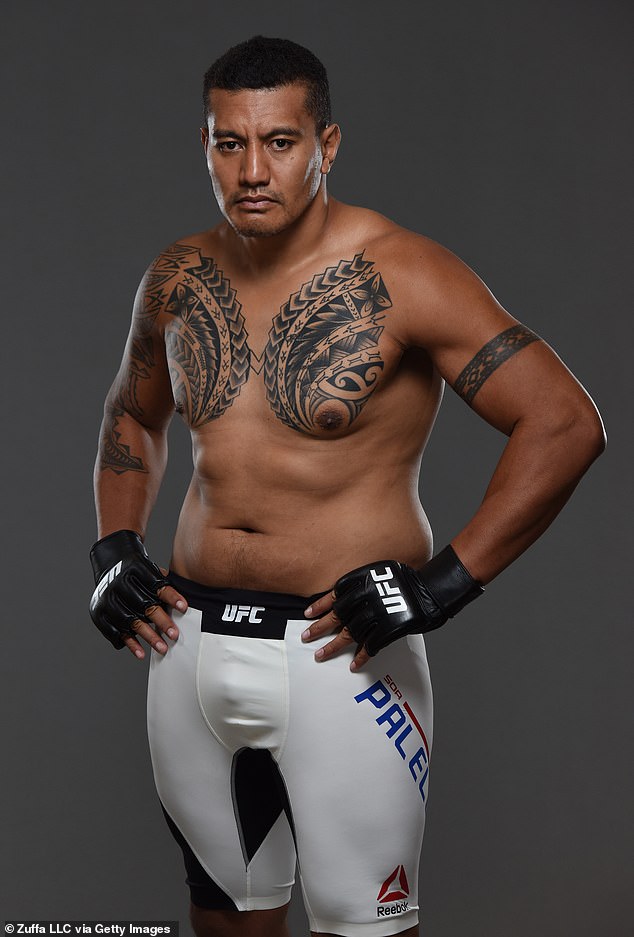 The cricket star’s opponent, Soa Palelei, is a veteran of the UFC with 18 mixed martial arts knockout wins – with his 193cm, 120kg frame seeing him nicknamed ‘The Hulk’

People who have coeliac disease can suffer damage to the small intestine and even anaemia because their bodies can’t process gluten properly.

‘We have a daughter who suffers from coeliac,’ Johnson explained ahead of the fight. ‘Even small amounts make her quite sick.

‘If I’m going to get beaten up by a professional fighter, we might as well make it worth it.’

He said he’s been ‘learning plenty’ while sparring with Palelei in the lead-up to the bout – and has left his opponent very impressed with how quickly he’s picked up on the basics of boxing. 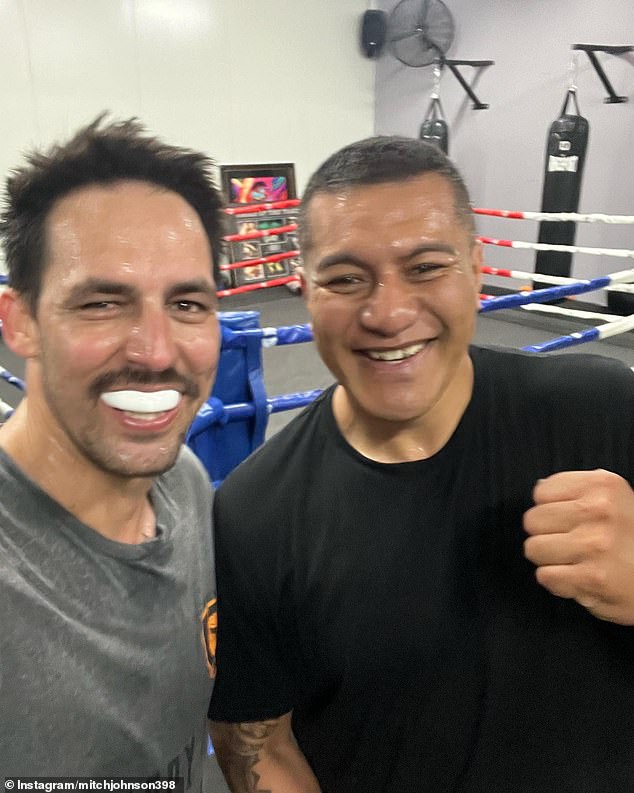 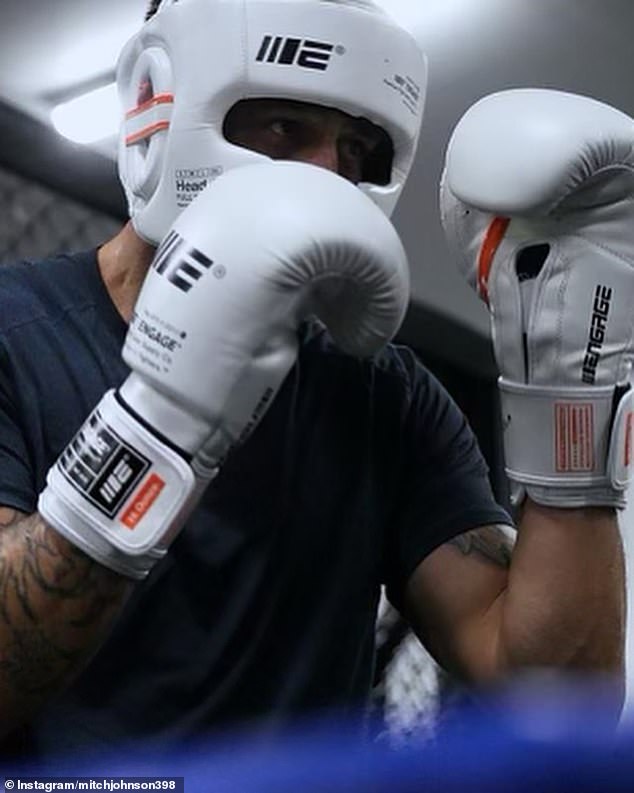 ‘We’ve been doing some training and he’s pretty good, he can throw a punch,’ Palelei told The West.

And he should know after an MMA career that saw him carve out 22 wins from 27 fights, with 18 KOs and four submissions.

He scored three wins in the UFC before losing to gargantuan heavyweight Antonio ‘Bigfoot’ Silva in his last pro bout, with the Brazilian scoring a technical knockout.

One of his other bouts came in the Pride Fighting Championships, a Japanese competition known for its brutality and spectacular knockouts when it ran from 1997 to 2007, giving fighting legends like Fedor Emelianenko, Kiwi wrecking ball Mark Hunt and Wanderlei Silva a huge stage to perform on.

Palelei went undefeated in the first two years of his career and moved into acting after his retirement, but his real passion is helping Aussies who are struggling with their mental health through his Strong Minds program.