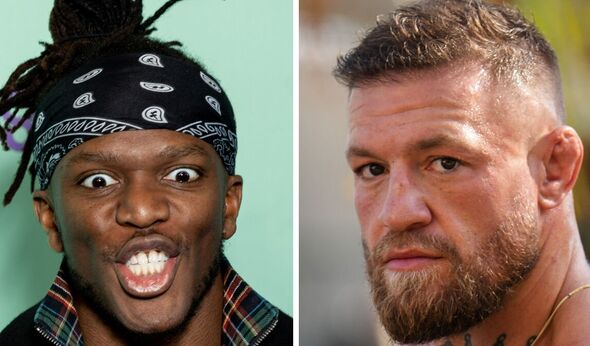 UFC star Conor McGregor has labelled KSI a ‘little nerd’ as the Youtuber turned boxer prepares to face American Dillon Danis on January 14. McGregor, who famously lost to Floyd Mayweather Jr in his only professional boxing outing, then apologised to KSI stating that he ‘couldn’t care less about this genre of boxing’.

Danis is a former Jiu-Jitsu champion and joined McGregor’s training team as a sparring partner ahead of the star’s fight with Nate Diaz in 2016. The American has since turned from MMA into boxing and turned up at KSI’s Misfits Boxing Promotion earlier this year.

During a press conference Danis faced up with KSI before punching him. Following the incident a melee ensued and it was confirmed the pair would meet on January 14 at Wembley Arena for a proper boxing bout.

McGregor was asked on Twitter if he was still friends with his former training partner Danis. In response Notorious said: “I’m still rockin with Dillon. All the way!” That sparked a response by KSI who said: “I’m sorry but I’m about do some serious damage to your boy.”

Notorious is looking to make his UFC return early next year after a long recovery from a broken tibia he sustained in his last fight against Dustin Poirier in July last year. KSI has fought two fellow celebrities and boxing rookies in his first three professional fights while Danis is set to make his boxing debut in next month’s bout.

In reply to KSI’s threat to his training partner, McGregor voiced his dislike for celebrity and YouTube boxing bouts. The Irish fighter added: “Brother you’re a friendly little nerd I don’t care. He (Danis) should be back doing mma if he is doing this little nothing burger match with you. I couldn’t care less about this genre of boxing, I am sorry. Have a good one.”

There is still some degree of uncertainty if the KSI v Danis fight will go ahead as scheduled after the American failed to turn up for their pre-fight press conference earlier this month. Danis claimed he had fallen ill and couldn’t make the flight from New York to London for the event but also refused to attend virtually.

“In terms of Dillon Danis not being here, I think it’s quite disappointing, disrespectful to me and everyone here expecting him to show up,” said KSI. “It’s not something I haven’t seen before. I don’t know, maybe it’s my presence, maybe it’s just me in general, I’m so much of a scary guy.”