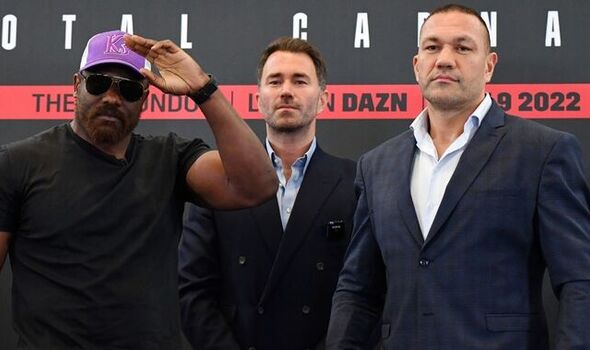 Derek Chisora rematches Kubrat Pulev this weekend in London. The Pair faced off for the first time back in 2016 in Hamburg with the Bulgarian coming away with a split decision victory on the night.

In the lead-up to their first encounter, both men had to be separated during one face-off after Chisora grabbed hold of Pulev’s head. Then during the weigh-in chaos ensued as ‘Del Boy’ bulldozed through the audience in pursuit of Pulev as a mass brawl nearly broke out in Germany. Heading into the rematch, however, things are very different in every sense of the word. During their bizarre face-off interview a few weeks ago, Chisora told Pulev that he has a ‘hard on’ for the former European champion when referring to the appeal of taking difficult fights.

Just as fans thought things couldn’t get any weirder, a video in which Pulev tries to eat his own phone after a video call with Chisora was released. The DAZN video shows Pulev attempting to shove his phone in his mouth while growling and grunting like a dog before shouting ‘DEREK!’ at his phone screen while punching it. 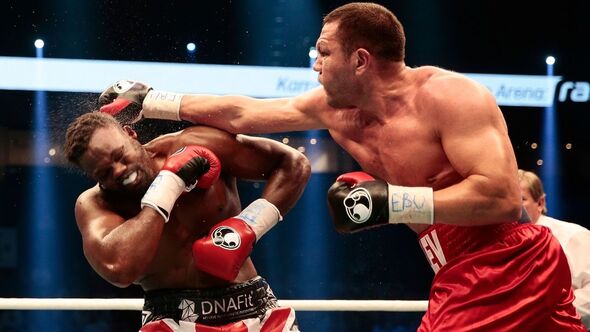 Coming into the fight, Chisora has lost his last three bouts and sits at 32-12 as a professional. ‘Del Boy’ was defeated by unified heavyweight champion Oleksandr Usyk in 2020 before back-to-back losses to former WBO title holder Joseph Parker.

Pulev has only had one fight since his knockout defeat against Joshua in 2020, having beaten Jerry Forrest last time out back in May. The Bulgarian holds a 29-2 record.

The 12-round heavyweight showdown is set to be held on Saturday, July 9 and is taking place at The O2 Arena in London. 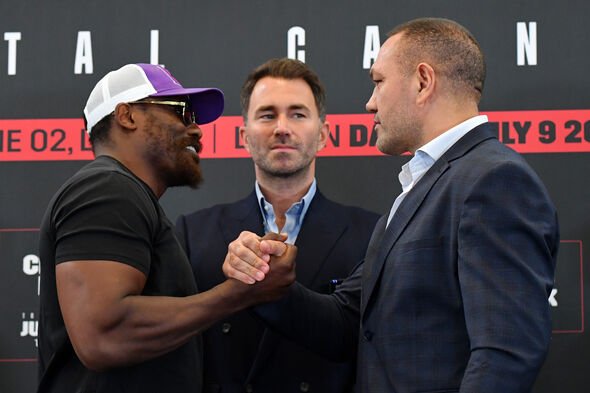 The card kicks off at 7pm with Chisora vs Pulev expected to make their ring walks from 10pm on the night.

The bout will be broadcast live on the DAZN app – viewers can watch the card by subscribing to the streaming service for just £7.99 per month. The app can be viewed on smart TVs and game consoles as well as internet-connected devices such as mobile, tablets and computers.

* Odds courtesy of Betfair are correct at the time of publication