Canelo Alvarez is only interested in one fight after settling the score with Gennady Golovkin.

The Mexican brought an end to his bitter rivalry with Golovkin on Saturday as the Mexican won the fighters’ trilogy fight on a unanimous decision to retain the undisputed super middleweight world title in Las Vegas on Saturday.

It marked a return to the winning column after suffering the second loss of his career to Dimitry Bivol in his last fight. 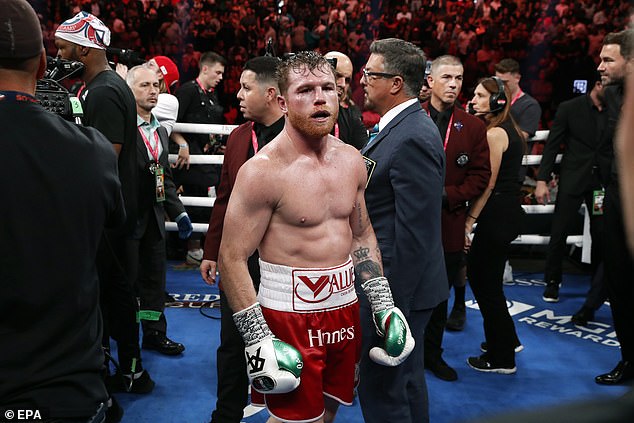 He said, speaking on the possibility of a Bivol rematch: ‘Of course, everybody knows. We’ll see, we’ll see what happens in that fight.’

Canelo said: ‘It’s very important for my legacy, for me, for my pride, for my country, for my family, for everything.

‘It’s very important and I will beat him.’

Alvarez was rarely troubled as his 40-year-old opponent, the current undisputed middleweight champion, struggled to match the energy and work rate of the title holder, who defeated Golovkin for the second time in three meetings. 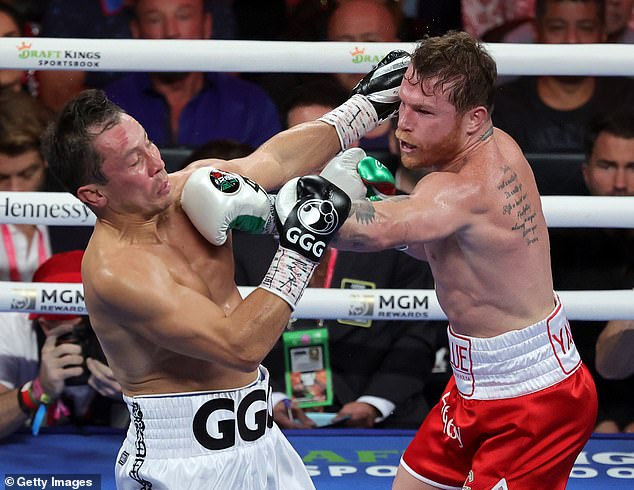 ‘Thank you for everything, thank you Golovkin,’ said Alvarez. ‘We gave the fans three good fights.

‘I’ve gone through some very difficult things in my life and the only thing you can do is try to continue and move forward.

‘He’s a really good fighter. I know he’s strong, he’s a great fighter and that’s why we’re here and I’m glad to share the ring with him.