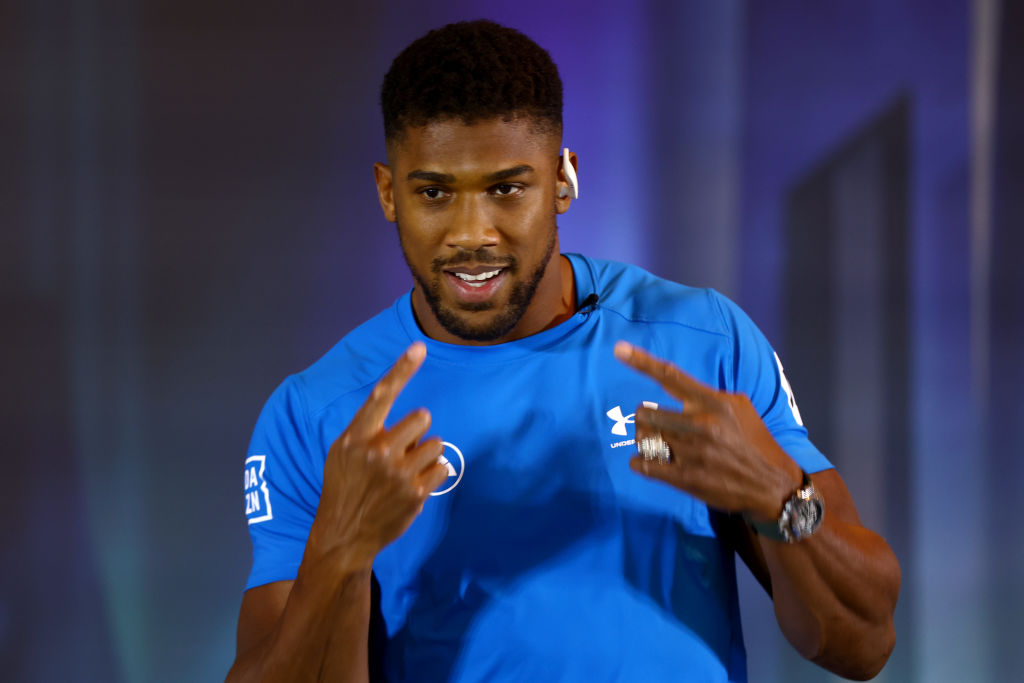 Eddie Hearn says Anthony Joshua’s next opponent could be confirmed ‘in the next week’ and is confident he will see out 2023 with a fight against Deontay Wilder or Tyson Fury.

Joshua has not fought since his sobering rematch defeat to Oleksandr Usyk last August, heading out to the US last month in search of a new trainer after parting ways with Robert Garcia after just one fight together.

Back-to-back defeats against the undefeated Ukrainian have removed the Briton from the world title picture for the time being. But Hearn has now revealed a three-fight plan he is confident will guide Joshua back to the summit of heavyweight boxing before the year is out.

A fight against an opponent ranked within the top 15 is set to be confirmed for early April soon with a rematch with old rival Dillian Whyte expected to take place in the summer after the two shared a brutal battle in 2015.

The Matchroom chief believes Joshua will then collide with WBC champion Fury, who will fight for the undisputed crown against Usyk in the coming months, or Wilder, who also starts the year looking to get back into world title contention.

‘The plan now is to rebuild him [Joshua] to become a three-time heavyweight world champion. The trainer will want to take thew appropriate steps to do that. There has to be a plan, a smart plan,’ Hearn told the DAZN Boxing Show

‘And the smart plan is he wants to return against a top 15 guy in a credible fight and return in the summer against probably Dillian Whyte and then move forward against Deontay Wilder or Tyson Fury in a mega-fight in the autumn of 2023.

‘To me, the key here is to see him box three times this year. he is in a great place mentally and I expect to see a great performance from in in April.’

Hearn added: ‘AJ is fighting a month earlier than Canelo [Alvarez] so he will be pretty much ready to go with an announcement in the next week or so.

‘We pretty much know his day, we are down to three or four opponents that we are talking to. Obviously [there are] rumours of his new training team, there will be a full announcement soon, he is in a great place and is ready to start camp soon. I believe this week that camp will begin.’

Joshua and Wilder have been on collision course ever since both men reached the summit of heavyweight boxing in 2016.

Hearn and Wilder’s manager Shelly Finkel discussed the fight in the second half of 2023 and while the ‘Bronze Bomber’ is looking at a WBC final eliminator against Andy Ruiz Jr between March and May, Hearn is confident that fight could be waiting down the line.

‘There is an open line of communication with Shelly,’ Hearn said. ‘He is going to fight Andy Ruiz Jr, we know that fight has been ordered. AJ will come back the first week of April. We are just looking for momentum here.

‘We have got a plan, this guy has got so much more to give to the heavyweight division, but this is also an important moment that we must get right. Those lines of communication are open with Deontay Wilder.

‘We know it is a huge fight, massive numbers. I truly believe Wilder or Fury are nailed on for 2023 because AJ isn’t interested in three or four nothing fights. He will listen to his trainer but he wants to be in the biggest fights possible.’