Anthony Joshua has admitted that he does not remember his bizarre post-match speech following his defeat to Oleksandr Usyk. The 32-year-old stormed out of the ring after hearing he was outpointed via split decision but then returned to take the microphone and speak about his roots and his opponent.

Joshua lost the much-anticipated rematch between him and Usyk at the King Abdullah Sport City Arena in Jeddah, Saudi Arabia on Saturday night, with scorecards of 115-113, 113-115, and 116-12 showing how tight the contest was. But it was the Watford-born star’s antics after the bout that has stolen some of the headlines.

The Brit stunned viewers as he snapped at Usyk after the Ukrainian tried to take the microphone away from him, before telling the story of how he was almost sent to jail and that boxing had saved him. But Joshua has now admitted that he can’t remember what he said, explaining in his post-fight press conference: “I just feel like when you try and do things from your heart, not everyone’s always going to understand.

“It was just from the heart, I knew I was mad at myself, not anyone else, just at myself. So I thought ‘I’ve got to get out of here because I’m mad’, like anyone, when you’re angry you might do stupid things. I realised ‘oh s***, this is sport, let me do the right thing and come back’. 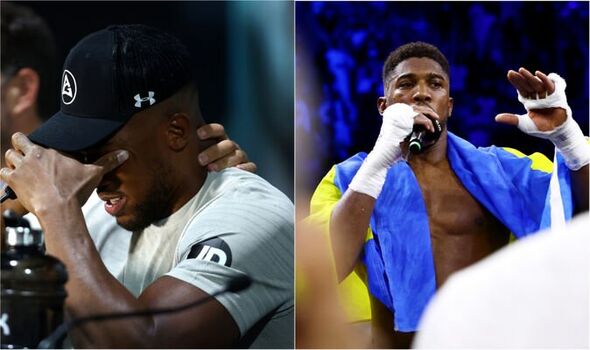 “I just spoke from my heart, it’s been so tough, you see AJ holding it together and I’m a hustler so I try and put things together, work hard, make sure my team’s good, but it comes at a big cost. It’ll never break me, but it takes real strength for it not to break you and tonight there’s a little crack in that armour because I took a loss and you just saw me upset.

“With the speech, I was just talking about where I come from, I was on the roads and I made a transition in boxing and it really helped me change my life, bring me closer to god, bring me closer to meeting so many amazing people. I laid it all on the line with my speech. I can’t remember what I said in the ring because it was just so passionate.” 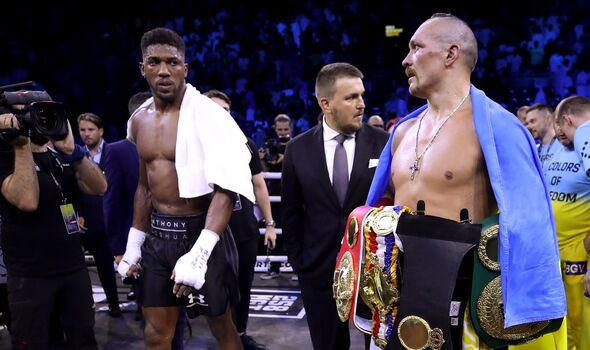 Many have criticised Joshua for his speech considering that he threw two of the heavyweight championship belts out of the ring moments before and as he took the microphone to speak first rather than the winner, Usyk. And his comments about how he ‘could have done better’ and that he isn’t physically built for twelve-round fights also raised eyebrows.

But many have jumped to the defence of Joshua, with boxer Frazer Clarke saying: “His team might be mad at me for saying this, but I feel he was hung out to dry there. Somebody should have saved him from himself. Anthony is a great person and has done a lot for a lot of people, a lot for me, but I feel like he had a bit of a bad one there, and it was out of character.”