Anthony Joshua ready to do 'it all again' after Usyk loss

British heavyweight boxing star Anthony Joshua has refused to criticise the regime in Saudi Arabia despite their poor human rights record while revealing he ‘doesn’t know what sportswashing is’. The Brit is gearing up for his world title rematch with Oleksandr Usyk, with their second meeting set to be staged in Jeddah.

Back in September, Joshua was comfortably outclassed as the Ukrainian took his WBA, WBO and IBF world titles in front of 65,000 fans at the Tottenham Hotspur Stadium. Usyk stunned Joshua on a number of occasions and was simply too fast for the Brit, landing a number of impressive hits to win unanimously on points.

Joshua will look to reclaim his titles when he faces the Ukrainian at the Jeddah Super Dome on August 20. Saudi Arabia have been involved in sport recently with critics viewing it as an attempt to cover up their human rights record, with the Saudi-backed Public Investment Fund taking over Newcastle United, Formula 1 races being held in the country and the rise of the controversial – and incredibly lucrative – LIV Golf series.

Many activists are campaigning against the country hosting lucrative events, including AJ’s fight with Usyk. But the 32-year-old admitted he was keen to focus on his fight and ‘bring entertainment to Saudi Arabia’.

“I don’t know what [sportswashing] is. I’m here to win the heavyweight championship of the world,” Joshua said in his pre-fight press conference. “I like Saudi. I think Saudi’s good. I’m having a good time. I’m treated really well. 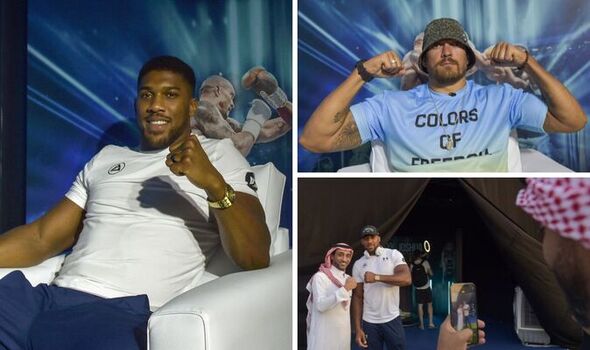 “All that allegation stuff, for me, I’m not caught up in any of that stuff. I’m here to have a good time, mix with the local people, bring entertainment to Saudi.”

Joshua’s comments regarding Saudi Arabia come amid the inaugural LIV Golf series event and the controversy surrounding it. Players signing up to the LIV series have received criticism and have been widely condemned amid the human rights record in Saudi Arabia.

The highly-anticipated series made its debut at The Centurion Club in St Albans earlier this month, with the likes of Mickelson, Johnson and Garcia headlining a mixed field in terms of big name pull and talent. Charl Schwartzel, the 2011 Masters champion, secured a one-stroke victory and a £3.86 million payout – more than the £2.5 million payout Matthew Fitzpatrick took home for winning the US Open last weekend. The players have been criticised for their involvement in the event as fans believe the tournament was created to detract attention from the country’s human rights record. 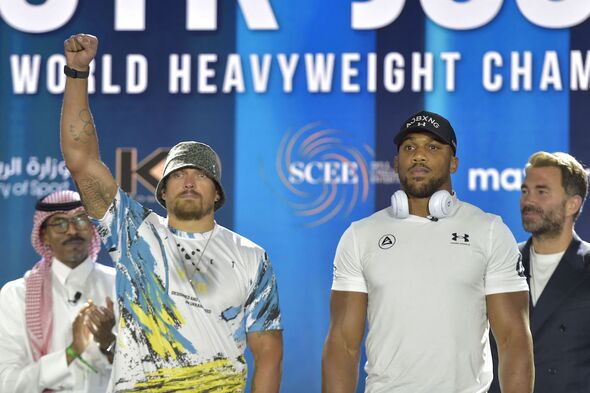 Joshua fought against Andy Ruiz Jr in Riyadh in December 2019 after previously losing to him at the iconic Madison Square Garden in New York earlier that year. Meanwhile, Usyk dismissed claims that Russia’s invasion of Ukraine had given him extra motivation for the fight.

“My friends, people close to me, have died in the war. When so many people are suffering I don’t have any idea how it can influence anything positively,” Usyk said. “I was there for one month, I saw with my own eyes what happened there: rockets flying and fighter jets flying. It’s horrible.”