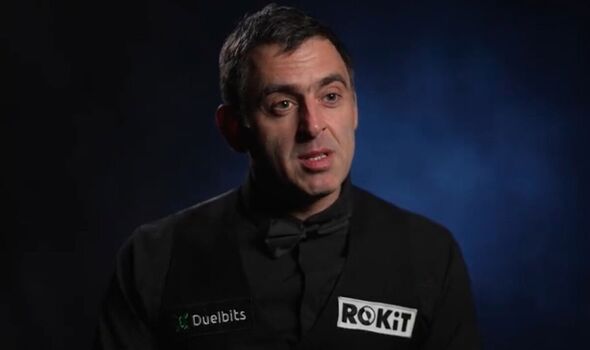 Ronnie O’Sullivan admits he needs deep runs in his next two tournaments to avoid a return to the ‘exhibition circuit’ as he looks to keep sharp for his World Championship defence starting in April.

The Rocket has had two big victories at the Hong Kong Masters and the Champion of Champions since claiming his seventh world title in Sheffield in May. But the memorable wins at the prestigious invitational events did not carry ranking points and O’Sullivan is now scrambling to qualify for two coveted tournaments before his return to the Crucible.

O’Sullivan is currently 21st on the one-year list but needs to reach the top 16 to qualify for the Players Championship in Wolverhampton in February and the top eight to make the Tour Championship that gets under way in Hull at the end of March.

The world No.1 made a fine start in his bid to make inroads on the one-year list, thrashing Barry Hawkins 4-0 in the first round of the World Grand Prix on Tuesday. And O’Sullivan, so often ambivalent about his results, is ready to give his all this week to bump himself up the rankings before the two big tournaments towards the end of the season.

“Barry didn’t play good, missed a lot of balls, gave me some chances,” the 47-year-old told ITV after his win over Hawkins in Cheltenham. “On another day Barry pinches a few of them frames and could easily win that match.

O’Sullivan has frequented snooker clubs across the world to excite fans with his genius on the baize in exhibitions throughout a storied career spanning three decades.

But while a return to playing more exhibition matches would mark a disappointing season in ranking events, O’Sullivan stresses that his only desire to qualify for the eminent tournaments before the Crucible is to avoid ‘rustiness’ and maintain match sharpness.

“It’s not that I want to get into them tournaments, if it was just the Championship League, some of them would do me, it’s match practice,” he added. “I decided I’d play as many tournaments as I could just for the match practice, even if it’s one or two matches it’s better than nothing to keep the rustiness off.

“By not having some matches it’s not a good position to be in. I don’t care what tournament it is, but if you’re not in these next few, the only option is to go and play some pool tournaments or go on the exhibition circuit for a bit.”