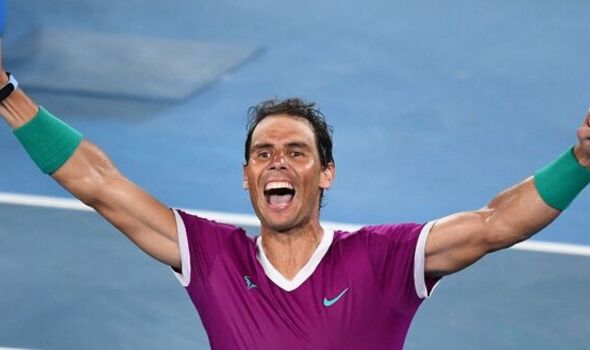 The draw for th 2022 Madrid Open has thrown up the possibility of a mouth-watering quarter-final between Spanish players Rafael Nadal and Carlos Alcarez. Nadal, 35, is returning to action for the first time since the Indian Wells Masters, where he was beaten in the final by American Taylor Fritz.

That ended a remarkable run of form for the icon, who started the year by winning the Melbourne Summer Set, before capturing an unprecedented 21st Grand Slam title by beating Daniil Medvedev to claim the Australian Open. He then won the Mexican Open, but following his loss for Fritz announced he had been diagnosed with a stress fracture of his rib cage.

In the meantime, Alcaraz, 18, has risen to prominence by winning both the Miami and Barcelona Open. He also made the final in the Monte-Carlo Masters, and with him now already at No 9 in the world, the teenager is being billed as a future Grand Slam champion and has been compared to Nadal.

The latter will have a bye in the first round in Madrid, before facing the winner of the Miomir Kecmanovic v Alexander Bublik tie. Alcaraz meanwhile, also has a walkover first up, before a clash with either Fabio Fognini or Nikoloz Basilashvili.

To spice things up further, the pair will be joined in the top half of the draw by No 1 seed Novak Djokovic. The Serbian has had a turbulent 2022 thus far, having been deported out of Victoria the day before the Australian Open following his explosive visa saga.

Indeed, his refusal to be vaccinated against Covid-19 has left his short of match action, although he did show some form in the Serbia Open – reaching the final before losing in three sets to Andrey Rublev. His bye will be followed by a match with Gael Monfils or Carlos Gimeno in Madrid, with the men’s tournament getting underway on May 1.

Elsewhere in that half of the draw, there is a bye for Cameron Norrie, seeded ninth, but Andy Murray faces a tough test against Dominic Thiem. Should the Scot get through, he’ll face Denis Shapovalov in the second round.

In the lower half, second seed Alexander Zverev has a bye before a match with the winner of Marin Cilic or Albert Ramos-Vinolas. A third British player, Dan Evans, will take on Federico Delbonis.