The Lakers lose AGAIN! LeBron and Co. remain winless in the 2022-23 season after a 110-99 loss to the Denver Nuggets without Russell Westbrook to blame… as King James goes 0-4 for the first time since his rookie season

Nikola Jokic compiled 31 points, 13 rebounds, nine assists and four steals as the host Denver Nuggets pulled away for a 110-99 win over the Los Angeles Lakers on Wednesday night.

Bruce Brown scored 18 points, Jamal Murray scored 13 points and Jeff Green scored 10 for the Nuggets (3-2). Kentavious Caldwell-Pope also had 13 points before spraining his left ankle on a drive late in the third quarter.

Anthony Davis had 22 points and 14 rebounds, LeBron James finished with 19 points, nine assists and eight turnovers and Lonnie Walker IV scored 15 points for Los Angeles. The Lakers (0-4) are one of just three winless teams in the NBA. 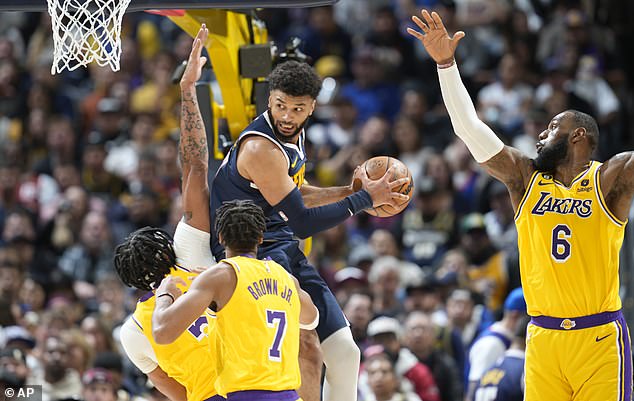 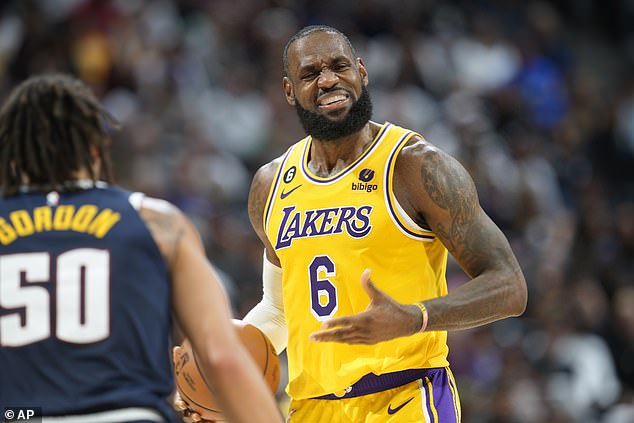 The Lakers played without Russell Westbrook, who was inactive due to a left hamstring injury.

Nuggets forward Michael Porter Jr., who missed most of last season after having back surgery, sat out for lumbar management.

The game was tied at halftime and Los Angeles scored the first basket of the third quarter before the Nuggets took over. A quick 12-2 run put Denver ahead by eight with 7:51 left in the third. After a layup by James, the Nuggets continued to build the lead. 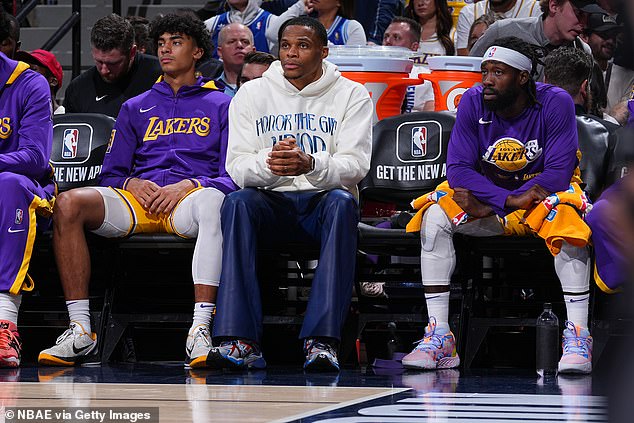 The Lakers played without Russell Westbrook, who was inactive due to a left hamstring injury

A jumper from Murray, two buckets by Jokic, a dunk from Gordon, a three-point play from Jeff Green and Caldwell-Pope’s driving layup made it 83-65.

The Lakers rallied in the fourth, getting within seven on a 3-pointer from James with 8:56 left, but Denver started to pull away.

Bones Hyland made a 3-pointer, Christian Braun made a free throw and a layup and Murray hit a corner 3-pointer after Jokic’s technical free throw to make it 99-84 midway through the fourth. 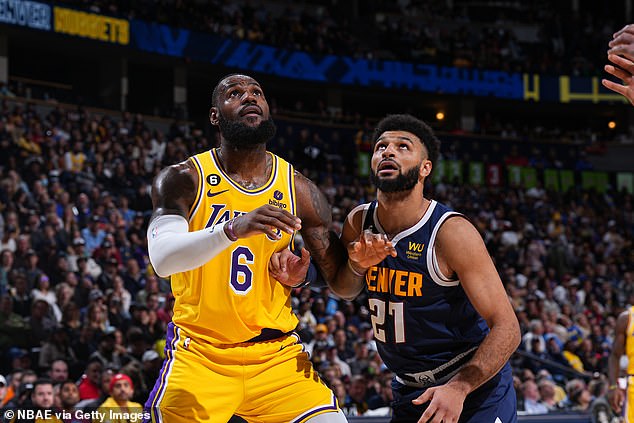 The Nuggets led by as many as 10 in the first half but Los Angeles made a run in the final minutes. James assisted on three straight Laker baskets, the last a rare 3-pointer from Kendrick Nunn, to cut the deficit to 52-48.

Caldwell-Pope hit two free throws, but Los Angeles made the last three baskets of the half, the last an alley-oop to Davis for a layup with 0.3 seconds left that tied it 54-54 at the break.