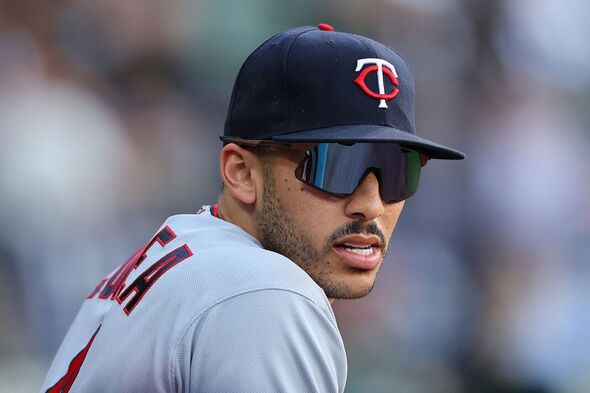 Minnesota Twins shortstop Carlos Correa has signed a six-year extension to remain with the team after reportedly being close to a deal to join the New York Mets and San Francisco Giants. ESPN have reported the signing, with the two-time All-Star and World Series winner having an option that can max out at $270million (£222m), pending a physical done by the 28-year-old. One of the league’s best defensive players, Correa had a league-leading .983 fielding percentage, as he chose to opt out of his contract to secure a long-term deal, now given to him by the Twins.

The Athletic’s Ken Rosenthal has reported: “Correa’s contract is for six guaranteed years and $200M. He can guarantee a seventh year and another $25 million with 502 plate appearances in year six, according a source. Total value can increase to $245M if he gets eighth year. More details to come. Again: Pending physical.”

Correa had first signed a long-term deal with the San Francisco Giants, and as they were preparing to annouce his arrival, an issue had arisen with his medical, and the signing was pulled, as he remained a free agent after leaving the Houston Astros.

He then came close to agreeing a deal with the New York Mets, but again did not sign, believed to be because of injury concerns after a physical before signing with the team, as he would then sign for the Minnesota Twins in March 2022.

After his impressive season, he activated a clause in his contract that saw him become a free agent once again, after proving his health to the major league, he would be sought-after this off-season.

But it is the Twins who have secured him, with a long-term six-year deal that could max out at £222m, should he remain available in Minnesota.

Correa spent five years with the Houston Astros, where he performed as the best short-stop in all of baseball, and was a part of the controversial 2017 World Series winning team.

He remains a top-five short-stop in the league, and will remain in Minnesota until the age of 34 after signing his latest extension.