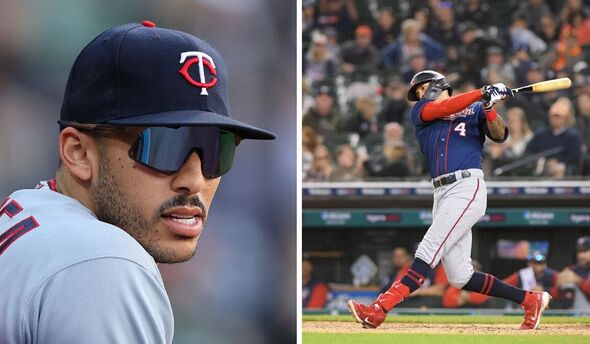 Major League Baseball superstar Carlos Correa was denied an incredibly lucrative move to the San Francisco Giants over fears relating to an injury suffered back in 2014. The shortstop then joined the New York Mets only for the franchise to delay finalising his signing, and he has since agreed terms with the Minnesota Twins.

It was later revealed that the team had identified a problem in his medical and ultimately were not comfortable giving him such a large contract. The Giants had agreed a deal with Correa worth $350million (£288m) over 13 years.

Correa subsequently returned to free agency, where he was almost immediately snapped up by the Mets. New York reached an agreement with Correa on a 12-year deal worth $315m (£259m), but they failed to finalise the terms amid internal concerns about the health of his right leg after an injury eight years ago.

Correa, when playing on the Houston Astros’ minor league team Lancaster JetHawks, ended his 2014 season prematurely when he fractured his right fibula sliding for a base. The injury meant Correa needed surgery on his fibula and ligament – and it has ultimately cost Correa $150m (£129m).

The 28-year-old needed a plate installed in his knee and while he reportedly had not thought about the issue, the Giants did. The franchise were concerned over the long-term stability of his leg given Correa could rapidly lose some of the mobility that helped him rise to stardom.

He is a two-time All-Star and the 2021 Gold Glove Award winner, while he won the 2021 World Series with the Astros. Correa is a proven commodity in the major leagues, which makes the pursuit for his signature understandable.

Correa spent seven seasons with the Astros before entering free agency a year ago where he inked a three-year deal with the Twins. The 28-year-old opted out of the contract after his first season in Minnesota, who finished with a 78-84 record.

After the Mets delayed finalising the move for Correa, the Twins swooped. On Monday, news emerged that Minnesota were finalising a six-year deal worth $200m to sign Correa – who hit 22 home runs and 64 RBI’s last season – although it still hinges on a physical.

While the Twins will likely want to conduct their own physical with Correa, the team already understands his overall condition after conducting a thorough exam last March. Aside from a finger injury and Covid, Correa was quite durable for the Twins and played in 136 of the remaining 142 games.